Bloody Christmas vigil to be held in London 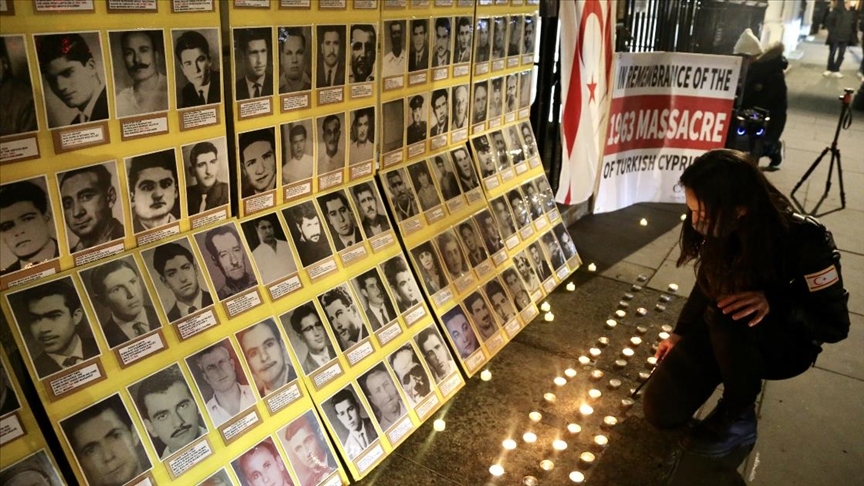 ON Wednesday 21st December between 6-8pm, a vigil will be carried out to commemorate all those killed during the Bloody Christmas massacres in Cyprus which began in December 1963.

In a statement the vigil organisers Young Turkish Cypriots and Embargoed! said: “On the 21st December, Greek Cypriot forces carried out a brutal killing spree of Turkish Cypriots in order to establish total control over the island. In just 10 days 133 Turkish Cypriots were murdered whilst 25,000-30,000 were displaced – more than 25% of the population. This initial horrific campaign of terror was the precursor to 11 years of ethnic cleansing carried out against the Turkish Cypriot people, where hundreds more were killed, displaced and went missing.

“Not only will the vigil commemorate all those murdered by the Greek Cypriot authorities- who have continued their illegal occupation of the Republic for the last 58 years – but we will also present the Greek Cypriot High Commission with a list of demands as follows:

“We will call on the Greek Cypriot administration to: Tell its people and the world the truth about the Cyprus conflict,  Recognise the suffering of Turkish Cypriots and apologise for its role in persecuting them,  Bring to justice all those responsible for crimes against humanity in Cyprus, – End all inhumane isolation policies against Turkish Cypriots”