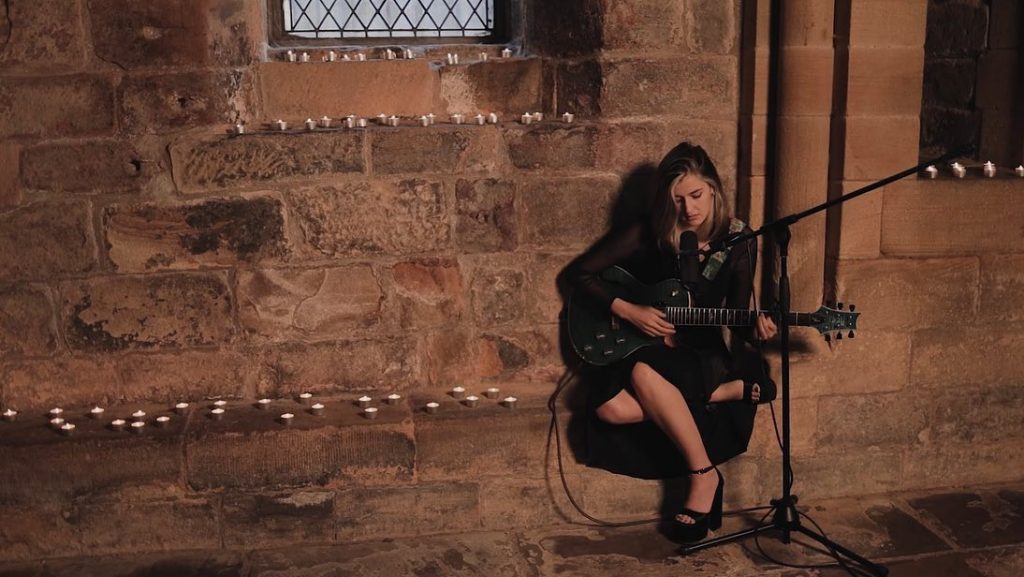 22-YEAR-OLD fine arts student India Arkin shared her new song ‘(I want you) near’ on her social media account.

In September, music and entertainment retailer HMV launched a new music label returning to recording for the first time in decades. Taking its name from the year its first store opened, 1921 Records signed with Newcastle-based singer India Arkin.

Adding success to her achievements, the young talented artist India announced that she was chosen as the ‘Album Day’ ambassador in October.  India, whose mother is English and whose father is Turkish Cypriot shared her new song ‘(I want you) near’ with music lovers and fans on 13 November.

“(I Want You) Near” has been stated to be the closing track of HMV’s first unsigned artist India Arkin’s debut album ‘Home Truths’. The song was summarized as follows, “A sincere, spiritual lullaby that will take you to the darkest corners of the night”. You can listen to the song ‘(I want you) near’on Spotify or YouTube.