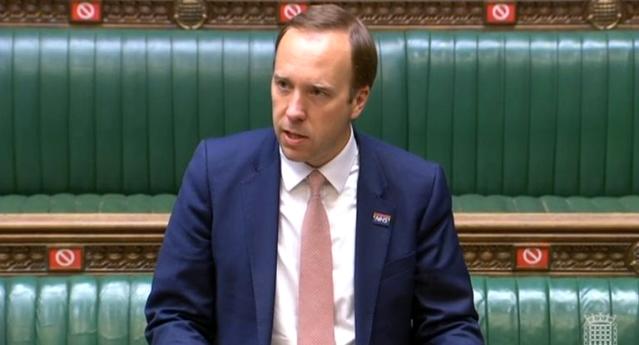 Former health secretary Matt Hancock has been suspended as a Conservative MP after joining the cast of I’m A Celebrity… Get Me Out of Here!

Mr Hancock will swap representing his constituents at Westminster for eating bugs in the jungle.

Chief Whip Simon Hart MP said: “Following a conversation with Matt Hancock, I have considered the situation and believe this is a matter serious enough to warrant suspension of the whip with immediate effect.”

The former Health Secretary is expected to be one of two latecomers to join ten celebrities already heading for the jungle in Australia, according to the Sun.

Nadine Dorries also had the whip suspended when she took part in the show a decade ago.

However, an ally of the former health secretary said participating in the show will allow him to connect with “younger generations”.

Mr Hancock resigned as Health Secretary in June last year the day after video footage emerged of him kissing an aide in his ministerial office in a breach of coronavirus restrictions.