Labour surge to biggest poll lead over Tories since 2001 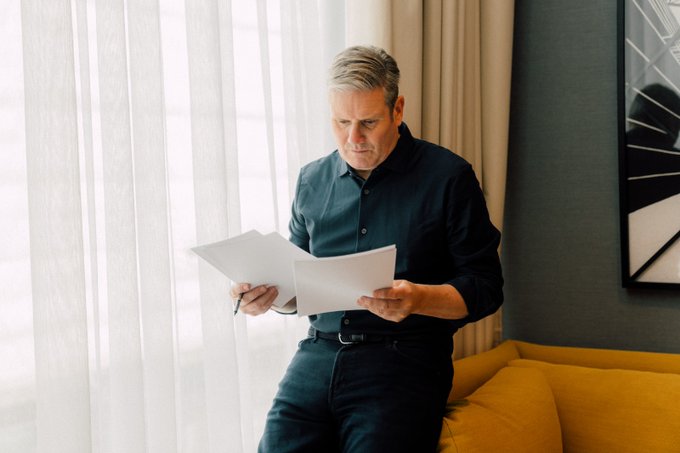 Sir Keir Starmer will claim a “changed” Labour can turn the UK into a “growth superpower” in his keynote conference speech – as a new poll gave the party its largest lead over the Conservatives in more than two decades.

The Labour leader will tell party delegates in Liverpool on Tuesday that Labour’s Green Prosperity Plan will create a million new jobs in towns and cities across the country, as well as bring down energy bills and raise living standards.

He will declare that under his leadership, Labour is now “the party of the centre-ground” and ready to form the next government after 12 years of the Conservatives in power.

Making his leader’s speech at the party’s annual conference, Sir Keir will pledge to “fight the Tories on economic growth” through “ambitious” and “practical” plans for jobs, skills and tackling the climate crisis.

It comes as a new poll by YouGov on Monday night revealed the party has surged to its largest lead over the Conservatives since Tony Blair’s landslide victory in 2001 – putting Labour 17 points clear of Liz Truss’s party.

The survey also reveals widespread public opposition to Chancellor Kwasi Kwarteng’s tax-cutting mini-budget, with the decision to scrap the 45% rate of tax for those earning more than £150,000 opposed by 72% of voters – including 69% of those who backed the Conservatives in 2019.

In her speech, she accused Liz Truss and Kwasi Kwarteng of behaving like “desperate gamblers in a casino”, as well as arguing they have “lost credibility” after announcing the end of the 45p rate of tax on people earning more than £150,000.

Reeves also described the prime minister and chancellor as being “out of control”, following a significant fall in the value of the pound since Kwarteng’s speech on Friday – which also announced a slew of other tax reductions to be paid for by borrowing.

Labour is now the party of economic competence, she said to raucous cheers from delegates.

The party has said it plans to restore the top level of tax, but would keep the government’s decision to reduce the base tax rate to 19p – a 1p cut to taxes on earnings between £12,571 and £50,270.