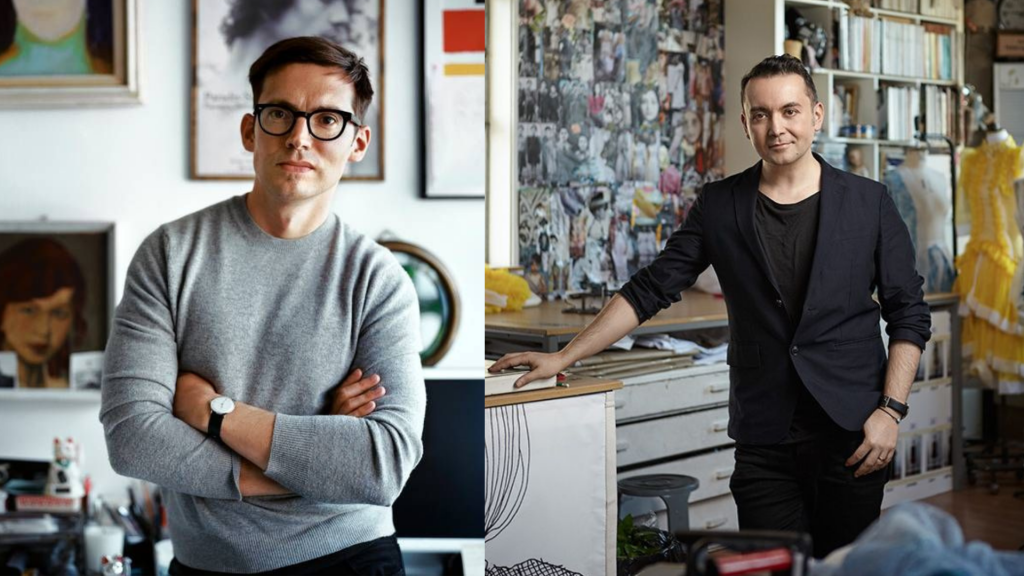 OVER the last week Designers have been showcasing their Spring-Summer 2023 collection at London Fashion Week 2022. Once again taking to the stages were Turkish designers Bora Asku, ERDEM and SEVDA LONDON Showing the best in the latest from Britain’s best designers and accessories.

Following the news of the Queens passing the Fashion Council cancelled and postponed all events outside of the core number of runway shows and presentations such as parties and launches scheduled between the 16 and 20th of September.

Within the show’s core, two Turkish designers were able to showcase their runways. 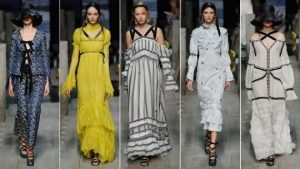 At the British Museum, Erdem Moralioglu MBE opened his runway spectacle with a shrouded black Bar jacket and long skirt. His collection was heavy on midcentury couture silhouettes, to which he added regal touches, like trains and shoulder drapes.

“I was thinking about obsession and the boundless pursuit of preservation,” he told Vogue UK before the show. “Looking at the team restoring an 18th-century gown, I became obsessed with the complex under-structures built in order to save the garment. There was something so interesting about the scientific, almost forensic intervention.”

Bora Aksu’s show began with a requisite minute’s silence for the Queen, models then walking diagonally across the cavernous, sun-dappled central hall of London Scottish House. 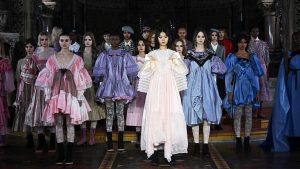 It served as a neat introduction to the various nods to military dress adorned Aksu’s typically flouncy, feminine gowns, including sashes, medallions, knee-high leather boots, and playful riffs on the classic shako hat. Aksu’s references, however, were intended as anything but combative, instead presenting a vision of a very different kind of woman warrior—one whose softness and sensitivity can serve as a point of strength in a violent world. “You don’t need to be tough to fight,” Aksu said after the show. “Innocence can be a force for good in the world too.”

SEVDA LONDON a London-based fashion accessory brand with a distinctive British identity. Its main operation is the design and retailing of leather handbags and scarves, all designed in London and made in Italy.

Taking their showcase online following the postponing of the live show, a video was put together of London Fashion Week showing how their handmade bags created the video called ‘The Art of Handbag Making – Designed in London, Made in Italy’ and created a digital collection of the bag for their new season. 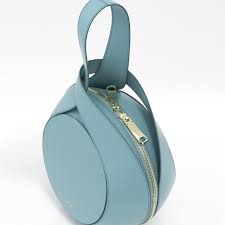