London comes to a standstill to pay its final respects 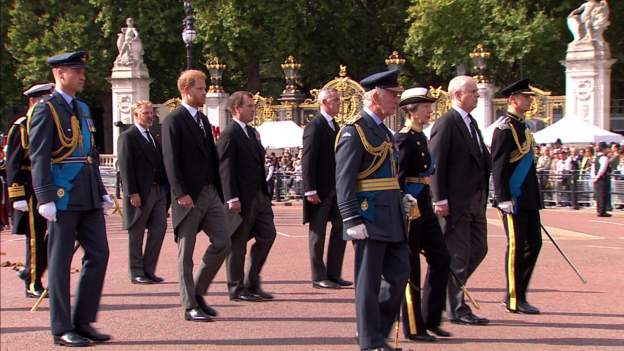 HUGE crowds lined the route from Buckingham Palace to Parliament from early on Wednesday to pay their final respects to Queen Elizabeth II.

Under pristine Union Flags bedecking The Mall, they gathered, turning into Horse Guards Road, down Whitehall and into Parliament Street.

In a spectacular display, the capital welcomed mourners into its historic heart to say a final farewell. 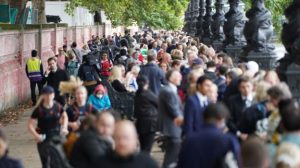 Hundreds of thousands of people are expected to queue for hours, possibly for more than a day, to file past the Queen’s coffin in Parliament’s Westminster Hall.

The coffin was on Wednesday afternoon being borne in procession on a Gun Carriage of The King’s Troop Royal Horse Artillery from Buckingham Palace to the Palace of Westminster, where the Queen will lie in state in the medieval hall until the morning of the state funeral on Monday.

An unprecedented security operation, involving thousands of police officers, was under way in central London to stop any disruption by protesters this week or terror attacks, and to protect presidents, prime ministers and other royalty flying to London to pay their final respects to the Queen.