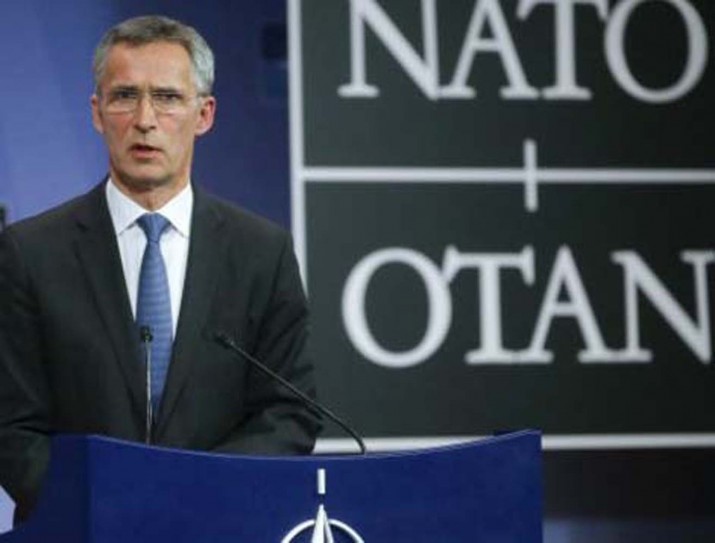 Nato is to boost the number of its forces to be on high-alert amid the Russian invasion of Ukraine from 40,000 to more than 300,000.

The seven-fold increase was announced by the military alliance’s secretary-general Jens Stoltenberg ahead of a summit in Madrid this week.

It’s the biggest overhaul of collective defence since the Cold War, he said. “We will transform the Nato response force and increase the number of our high readiness forces to well over 300,000.”

Mr Stoltenberg also confirmed that Nato will expand troop deployments in its European member countries that are closest to Russia.

The Western allies will also strengthen their air defences and increase their stockpiles of military supplies, he said.

The Nato Response Force (NRF) currently has around 40,000 personnel. The name is also set to be changed to the Allied Reaction Force, Sky News has reported.

Nato will also change its language on Russia, which in the alliance’s last strategy in 2010 was still described as a “strategic partner”.

The alliance said it will also make clear that Russia is now considered the “most significant and direct threat to our security”.

Mr Stoltenberg said: “I expect that allies will state clearly that Russia poses a direct threat to our security, to our values, to the rules-based international order.”

Outlining further support for Ukraine, he said: “Their courage and commitment are an inspiration. And I welcome that President Zelensky will join us at the Nato Summit.”

At the Nato summit on Tuesday evening, the allies will agree to a strengthened comprehensive assistance package for Ukraine, with deliveries of secure communications, anti-drone systems and fuel.

It will also consider Sweden and Finland’s bids to join the alliance after applications were made in response to the increased threat posed by Russia.

The announcement came as Russia’s invasion of Ukraine dominated proceedings at the G7 summit where world leaders emphasised their commitment to Ukraine in the ongoing war.