Food, decorations and prizes were all on offer last weekend at the Turkish Women’s Association of Britain (BTKD) annual charity bazaar. 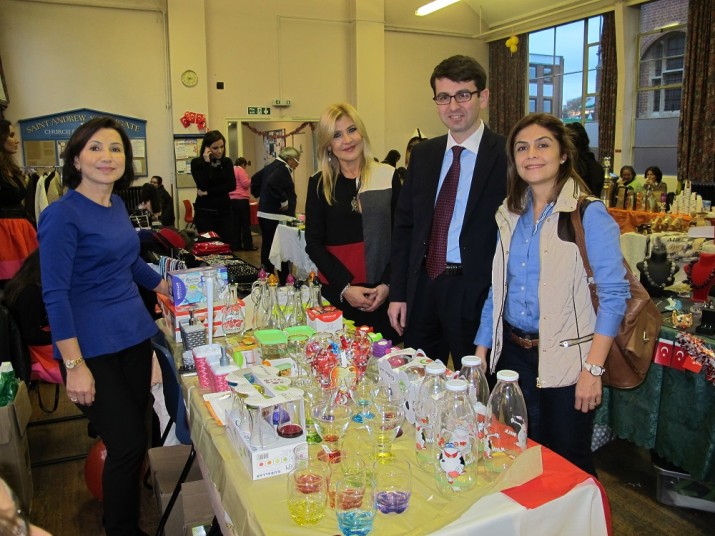 Food, decorations and prizes were all on offer last weekend at the Turkish Women’s Association of Britain (BTKD) annual charity bazaar.

Many people turned out to the event at St Andrew’s Church in Southgate, North London, with their families to see the textiles, home decorations, jewellery and clothing on sale. All proceeds from the event were pledged to schools teaching Turkish language and culture and organisers said they were delighted with the turnout.

Turkey’s consul general Emirhan Yorulmazlar visited the event with his wife Ayşegül and Sefire Esra Bilgiç, the wife of the Turkish ambassador and BTKD honorary president.

BTKD director Maviş Fuchs thanked visitors and organisations for their support of the bazaar and appealed to all women in the community to come forward and volunteer their time for the cause.

Families turned out to see the food, decorations and prizes at the bazaar