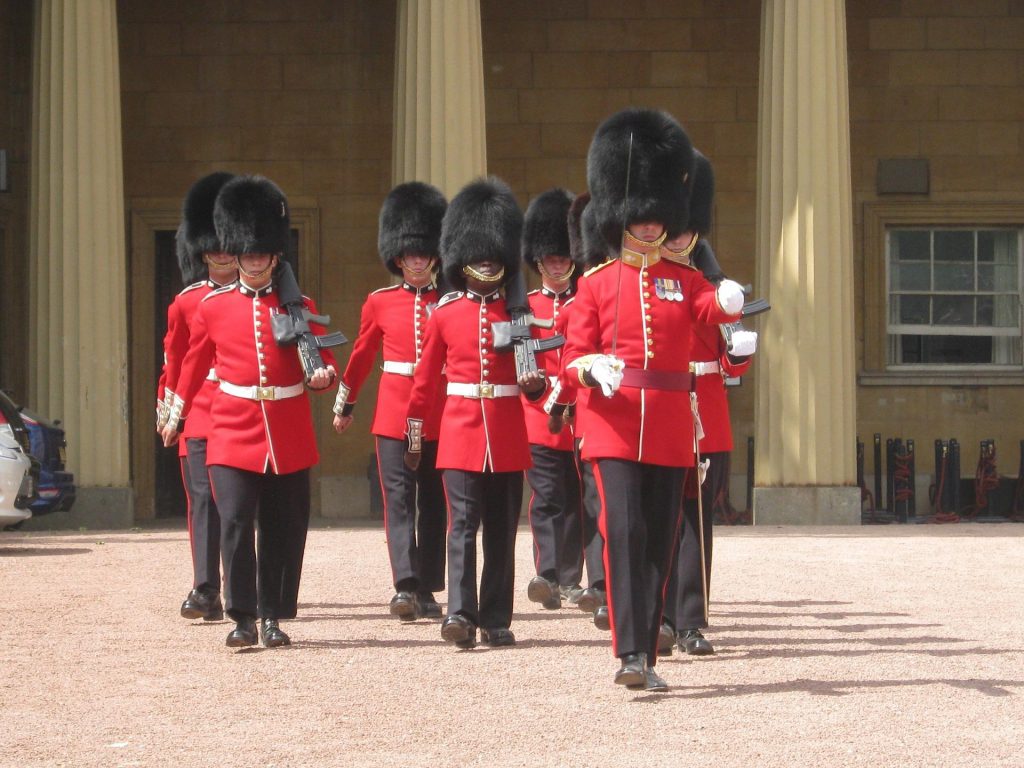 Six soldiers and a veteran have been arrested on suspicion of drug, money-lending and money-laundering offences, the Ministry of Defence has said.

The MoD said six Irish Guards troops and a Coldstream Guardsman veteran were arrested by the Royal Military Police as part of a “planned operation”.

The 1st Battalion Irish Guards are set to lead Thursday’s Trooping the Colour for the Queen’s Platinum Jubilee.

The MoD said none of the soldiers under investigation would take part.

A defence source confirmed to the BBC that items suspected to be drugs were seized in a raid at Mons Barracks in Aldershot on Wednesday.

The soldiers range in rank from guardsman to sergeant. Three of the suspects remain in custody, while police continue their investigations into allegations that all seven were involved in supplying drugs.

The arrests were the result of an intelligence-led operation, which started earlier this year and involved civilian as well as military police, the BBC was told.

As the barracks raid was taking place at about 06:30 BST on Wednesday, a house in Windsor was also raided.

In a statement, the MoD said: “None of the soldiers under investigation will participate in planned Queen’s Platinum Jubilee parades.

“The Army does not tolerate any type of illegal or fraudulent behaviour. As this is now the subject of an independent Royal Military Police investigation, it is inappropriate to comment further.”