Children are helping to set up Queen tree sculpture 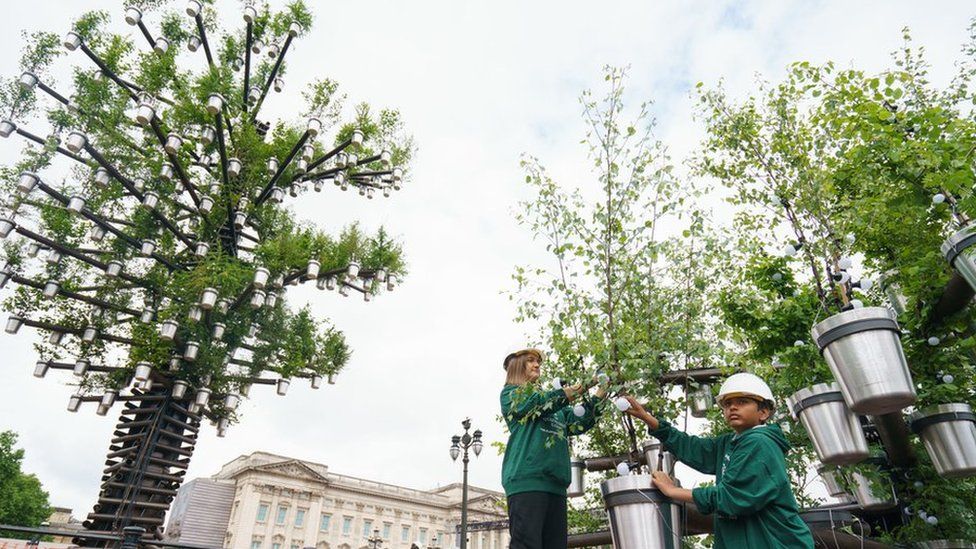 A giant sculpture made up of baby trees is to be illuminated with 3,500 lights in a night-time ceremony.

The structure will be the focal point of a chain of beacons to be lit up to across the world to mark the Queen’s Platinum Jubilee celebrations.

The last of 350 saplings was added to the 69ft (21m) centrepiece outside Buckingham Palace on Tuesday. It will be lit up on 2 June.

Trees are the “superheroes” of our towns and cities, the designer said.

The sculpture is part of a scheme to plant more than a million trees as part of the Queen’s Green Canopy (QGC) initiative, marking 70 years of her reign.

Individuals, schools and community groups have taken part in the project, which was launched earlier this year.

After the Jubilee Bank Holiday weekend, the trees in their pots will be donated to community groups.