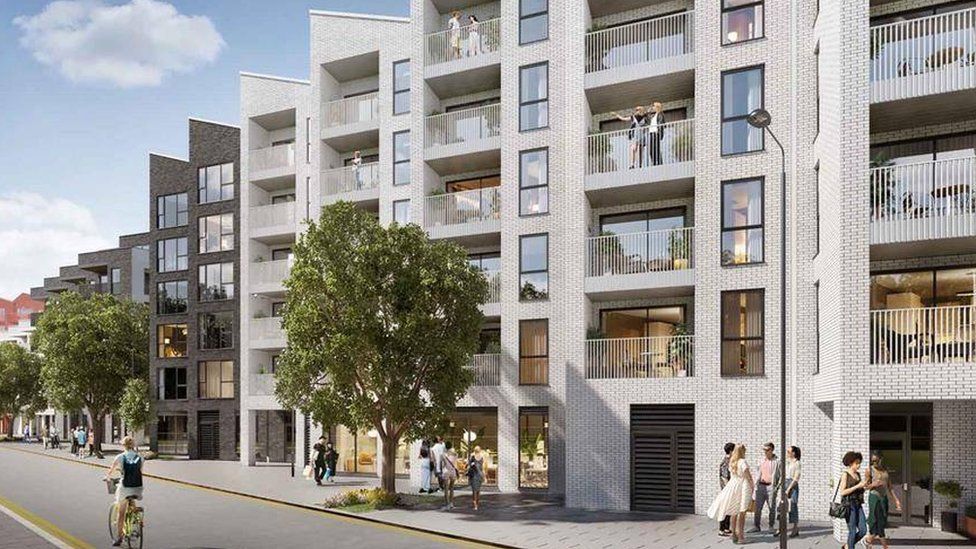 A new development of 148 flats in east London will have to be knocked down and rebuilt after it was found they had not been built well enough.

The developer of The Factory at Hackney Wick said it had found “a potential structural issue” in the buildings.

Taylor Wimpey said it would have to start the construction from scratch and it was unclear how long it would take.

The company said health and safety was its priority and the decision had been “carefully and thoroughly considered”.

The East London buildings were set to offer both flats and offices across three buildings in Monier Road but work stopped last year.

Taylor Wimpey, said the tower blocks – going up to seven storeys tall – were to hold 148 homes.

A Taylor Wimpey spokesperson said: “Following the discovery of a potential structural issue, identified as part of a routine check during the early stages of construction at our development in Monier Road, Hackney Wick, we have taken the decision to demolish the existing concrete structures and rebuild.

“Health and safety is our top priority and this decision has been carefully and thoroughly considered after close consultation with independent structural engineers.

“We are currently finalising a demolition strategy and timeline, and are in the process of communicating with local residents and businesses about our proposals.”