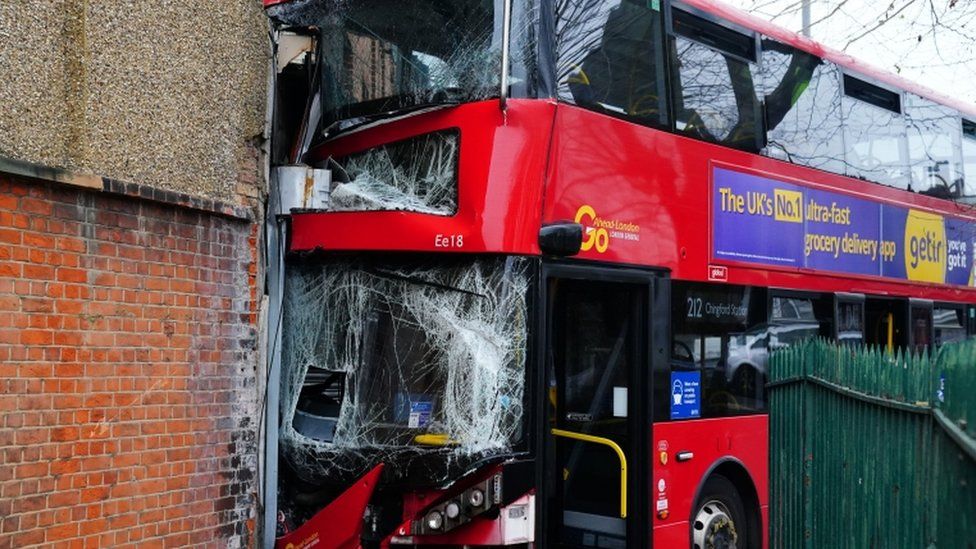 News In English
0
0
A+
A-
Five people, including three children and two adults, have been taken to hospital after a double-decker bus crashed into a shop on Selwyn Avenue in Highams Park on Tuesday morning.

The 212 double-decker bus collided with an end-of-terrace shop with flats above at 8.20am, injuring 19 people most of whom were treated at the scene.

The driver of the bus was trapped and crews used specialist equipment to release him, the London Fire Brigade said. He was been taken to hospital.

Station Commander Dave Hill said: “Crews made the scene safe and have carried out a systematic search of the building to ensure there are no other casualties trapped.

Louise Cheeseman, Transport for London’s director of buses, said: “Our thoughts are with everyone involved in the bus collision in Highams Park this morning.

“We have support available to anyone affected by this incident and a full investigation is underway.”

Road closures remain in place around the junction of Selwyn Avenue and Winchester Road, where the crash took place.

Firefighters remain at the scene along with emergency services colleagues from London Ambulance Service and the Metropolitan Police Service.