Turkey and UK ‘should work together on Syria’ – Turkish Consul General

Responding to a piece in this newspaper by David Lammy MP, Turkish consul general Emirhan Yorulmazlar says the two countries should work together to bring security and stability to Syria 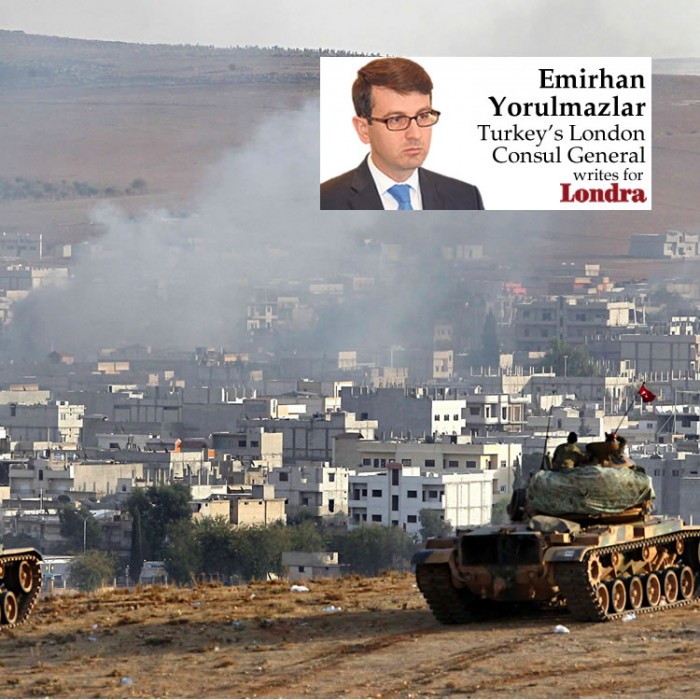 Responding to a piece in this newspaper by David Lammy MP, Emirhan Yorulmazlar says their two countries should work together to bring security and stability to Syria

“All politics is local” and understandably so. Yet, MP David Lammy’s piece in the local Londra Gazete titled “Erdogan must commit to support Kobane” goes beyond its implicit goal to win local favour by espousing a reductionist view on a complex and multifaceted conflict, which continues unabatedly in Syria.

Unfortunately, there has been a media frenzy recently that has come to associate the failure of the international community in Syria and particularly in Kobane with Turkey’s so-called “inaction.” Any objective observer would comment “inaction” characterizes not the Turkish, but the international response to the humanitarian tragedy in our neighbourhood.

While the Syrian civilians, including the minority groups such as the Kurds, Yazidis and Christians were left alone against the scourges of sectarianism and extremism; Turkey from day one implemented an “open-door policy” to cushion the fatal side-effects of the Syrian crisis. We believe we have history on our side to stand with the brotherly Syrian people including the Kurds. Not only we have been hosting more than 1.5 million refugees, but also we have accommodated almost 200,000 Kurds of Syrian origin in less than a week to ward off the humanitarian catastrophe caused by the onslaught of ISIS on Kobane. According to the Human Rights Watch, what Turkey has done in just three days for the Kurds is more than the whole EU countries did for the whole Syrians since March 2011.

The Turkish government is leading efforts to find a political solution to the burgeoning crisis in Syria. To that end, we advocate a comprehensive and holistic approach, which handles the sectarian and extremist threats suffocating the country. A selective cherry-picking game plan is unlikely to bring peace and stability to the Middle East in the long-term. As a NATO member, Turkey engages allies to ensure we steer the right course.

Moreover, Turkey is determined to finalize the domestic conciliation process with our Kurdish population and will not let external complications to stand before its national commitment to broaden civilian and democratic rule.

Mr Lammy falls into the trap of commenting on the media clips, while he needs to explain more elaborately his political vision for Syria. He rightly underlines that the British Parliament has excluded any assistance for the Syrian people’s fight against ISIS, which includes Kobane. Actually, that is something Turkey and the United Kingdom as allies should be working on with support from the representatives of the Turkish speaking community living in Britain.