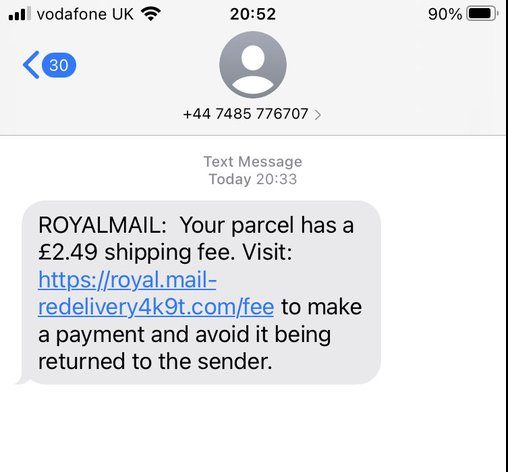 Officers from the Dedicated Card and Payment Crime Unit (DCPCU), a City of London and Metropolitan Police team, carried out warrants in London, Coventry, Birmingham and Colchester in a week of action.

Eight men have been arrested on suspicion of fraud, for allegedly sending out fake messages asking people to pay a fee to retrieve a Royal Mail parcel. The scam messages, known as “smishing” texts, steal a victim’s personal and bank details by getting them to follow a link to a fake version of a trusted website.

During the raids, investigators recovered stolen bank details and devices suspected of being used to send the messages.

Seven of those arrested have been released under investigation while one has been charged and is in custody.

Detective Chief Inspector Gary Robinson, head of the DCPCU, said: “The success of these operations shows how through our close collaboration with Royal Mail, the financial services sector and mobile phone networks we are cracking down on criminals ruthlessly targeting the public.”