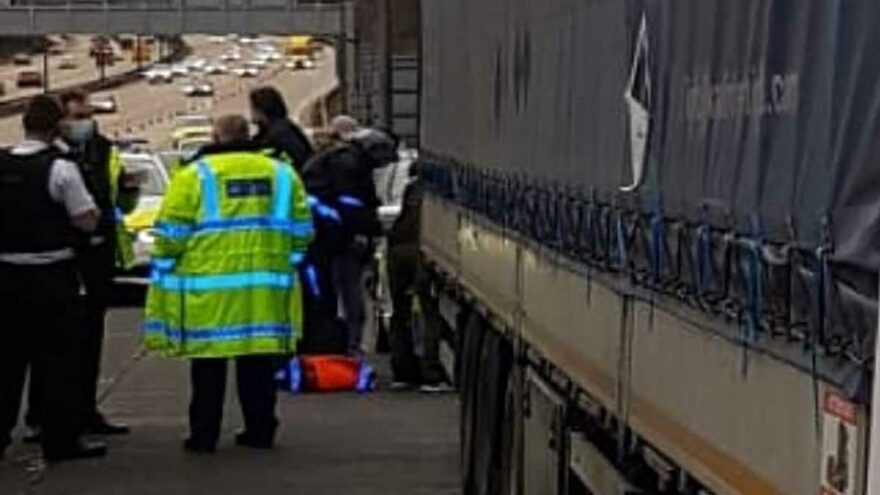 A lorry driver has been charged with trying to smuggle people out of the UK after a lorry with 17 migrants on board was found.

They were discovered in the trailer on the M25 and A3 junction in Surrey at about 15:30 GMT on Sunday 20 March.

Turkish national Hakan Zengin, 36, has been charged with assisting illegal immigration and is due to appear at Kingston Crown Court on 20 April.

The 17 people were all arrested on suspicion of immigration offences.

Police say the stowaways, concealed in the lorry’s trailer, were sitting on pallets which had been laid across the load to make their journey more comfortable. 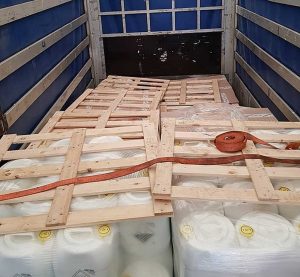 They were all arrested on suspicion of immigration offences and are being dealt with by the immigration authorities.

Zengin is accused of trying to smuggle them out of the UK and into mainland Europe.

The National Crime Agency (NCA) initially said 16 people, including Moroccan, Algerian and Pakistani nationals, had been found in the lorry but it revised the number discovered to 17.

A spokesperson for the NCA said: ‘Smuggling migrants out of the UK is more common than you’d think, with people smuggling working both ways.

‘There are multiple reasons why they’d be leaving the UK.

‘Some have been wanted for serious criminality and are fleeing the jurisdiction.

‘Some are subject to deportation and do not want to be deported to their home country and are fleeing to Europe.

‘Some are in the UK illegally, have no travel documents and cannot leave to visit family or sort out affairs in their home country.

‘They are generally found without any legitimate travel documents when encountered in the lorries.’