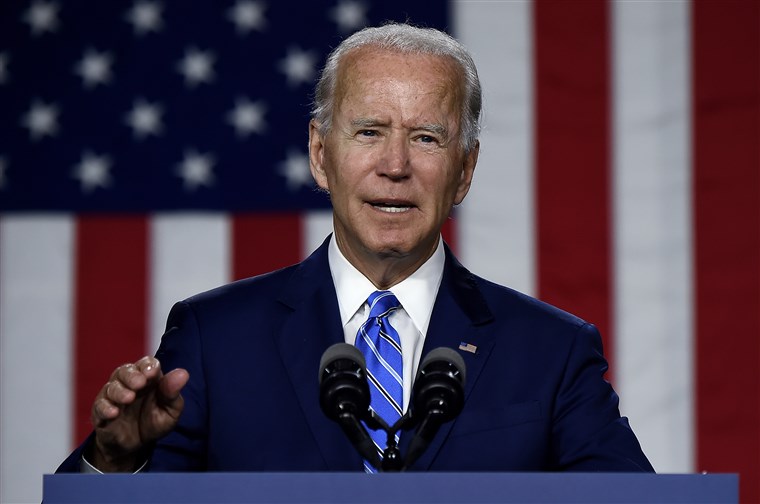 Vice-President Mike Pence, who as president of the Senate oversaw the certification process, confirmed to Congress that, of the 538 electoral college votes cast, Joe Biden and Kamal Harris received 306 and Donald Trump and Mike Pence received 232 – mirroring the results of November’s election.

The awaited announcement come hours after chaos descended on Washington, putting the US Capitol into full lockdown after rioters many armed stormed the building lotting and push to stop the senate confirmation of Joe Biden. Protestors were able to get to the senate doors forcing Representatives and Senators to take cover, while armed security tired to protects and final have to barricade a number of them in.

Speaker of the House Nancy Pelosi, Vice-Presidents Pence and majority and minority a leaders and a number of people in the building were quickly removed and taken to a secure location at Capitol, shortly after when they were able to securely removed the remained members from the senator floor were some 400 members and staff were held together in an undisclosed secure location for hours.

The chaotic scenes came after Mr Pence had defied the president by saying he would not intervene in the confirmation of Mr Biden’s victory by Congress.

Mr Trump turned on his vice president, claiming Mr Pence “didn’t have the courage to do what should have been done”.

Trump held a rally earlier in the day, during a speech Trump had asked his supporters to march towards the Capitol in protest. They breached the building while Congress was certifying Joe Biden’s win.

4 people have been confirmed dead following the riots, a woman was shot in the neck within the Capitol building and later died in hospital.

Trump has been banned from twitter after sharing a social media message to protesters he said “I love you” before telling them to go home. He also repeated false claims about election fraud.

Twitter said it required the removal of three tweets for “severe violations of our Civic Integrity policy”. The company said the president’s account would remain locked for good if the tweets were not removed.

Unable to tweet himeself, following the confirmation of Biden and Harrir Trump’s deputy chief of staff Dan Scavino shared a statement on his behalf saying:

“Even though I totally disagree with the outcome of the election, and the facts bear me out, nevertheless there will be an orderly transition on January 20th,” the unswerving president said.

“I have always said we would continue our fight to ensure that only legal votes were counted. While this represents the end of the greatest first term in presidential history, it’s only the beginning of our fight to Make America Great Again!”
Calls for Trump’s removal
Democratic members of Congress and a handful of Republican politicians have called for Vice President Pence and the Cabinet to take the unprecedented step of invoking the 25th Amendment in order to remove President Donald Trump from office.
As of mid-evening Wednesday, at least 32 House members have announced that Trump should be impeached.
Rep. Ilhan Omar (D-Minn.), who announced that she is drawing up articles of impeachment, said on Twitter that “it’s a matter of preserving our Republic and we need to fulfill our oath.”
White House staffers resign
Since the riots started 4 white house staffers have resigned.
As senate resumed later in the day the first resinajhtion from The First Lady’s Chief of Staff, Stephanie Grisham was annoucced. Followed by White House Social Secretary Rickie Niceta and Deputy Press Secretary Sarah Matthews and the Deputy National Security Adviser Matt Pottinger resigned on Wednesday afternoon.