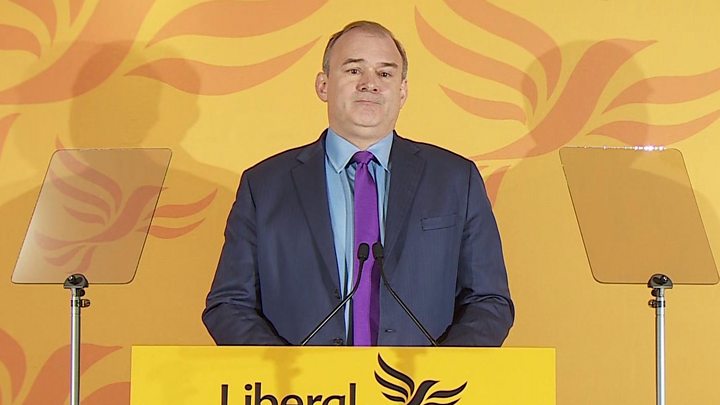 Sir Ed Davey has won the race to become the new leader of the Liberal Democrats.

The acting leader will now take over on a permanent basis after beating his competitor, fellow MP Layla Moran.

At an event in London, Sir Ed said it was time for the party to “wake up and smell the coffee” after only securing 12% of the vote in the last general election.

He said it was “time for us to start listening” and to “rebuild the Liberal Democrats to national relevance”.

The result comes eight months after the Lib Dem’s former leader, Jo Swinson, stepped down from the role after losing her seat in 2019 general election.

Ms Moran congratulated her opponent on Twitter, saying: “I look forward to working with him to campaign for a better future for Britain.”