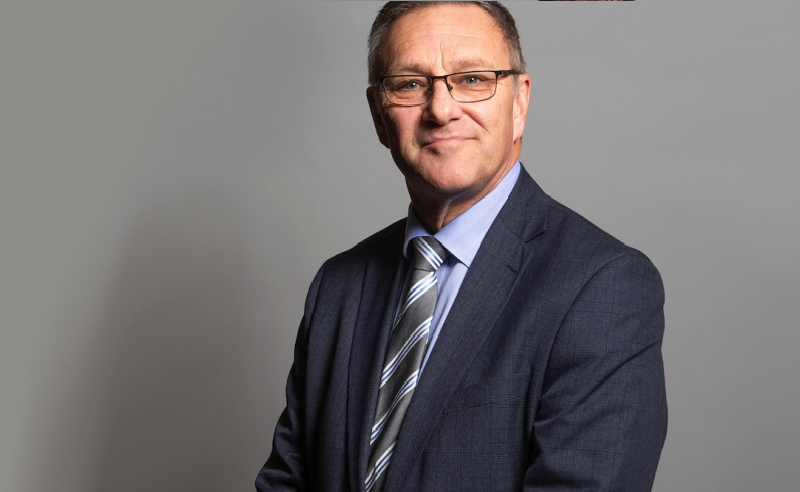 A Conservative MP has blamed immigrants and Muslims and ethnic minorities for a new spike in coronavirus cases.

Craig Whittaker, MP for the Calder Valley, said the “vast majority” of people breaking social distancing rules were from the BAME community and that minorities were not taking the pandemic seriously.

His constituency is one of the areas across the North of England where the government has imposed new restrictions on household gatherings amid a surge in cases.

On a call with LBC radio  Whittaker was asked by presenter Ian Payne if the implementation of tighter measures had “something to do with Eid and the Muslim community”.

The MP said: “It’s nothing to do with Eid as far as I am concerned, but what it is, and what I have seen in my constituency, is that we have areas of our community, sections of our community, that are just not taking pandemic seriously.”

When asked by Payne is he was referring to the Muslim community, Whittaker said: “Of course and if you look at the areas where we’ve seen rises and cases, the vast majority – not by any stretch of the imagination all areas but it is the BAME communities that are not taking this seriously enough.”

He added: “I’ve been challenging our local leaders for two weeks at least, in fact three weeks, asking what we are doing to target these areas to let people know that this is still a very serious problem. And until people take it seriously, we’re not going to get rid of this pandemic.”

“I’ve been challenging our local leaders for three weeks, asking what we are doing to target these areas to let people know that this is a very serious problem. Until people take it seriously, we’re not going to get rid of this pandemic.”

“Tory MPs seem to be obsessed with passing the buck. Blaming Europe, care homes and now minority communities for this crisis,” she said.

“Perhaps reflect upon the numerous and colossal mistakes made by this government before finger pointing!”

Boris Johnson and Matt Hancock earlier this week suggested a second wave of the virus might becoming from Europe, though the UK has been the worst-hit country by the pandemic on the continent.

Clarifying that he was referring to the “immigrant and Asian population” Mr Whittaker also told the radio station: “We have areas of high multiple occupancy – when you have multiple families living in one household. It doesn’t specifically have to be in the Asian community, but that is the largest proportion.

“Look at the areas. You’ve got Bradford, Calderdale, Kirklees. Bradford and Kirklees have two of the largest populations in West Yorkshire.”

The government’s imposition of new social distancing measures came a day ahead of Eid, an important Muslim festival often marked by family gatherings. Health Secretary Matt Hancock said on Friday morning that the festival was not deliberately targeted.