Johnson: “Maybe there were things we could have done differently” 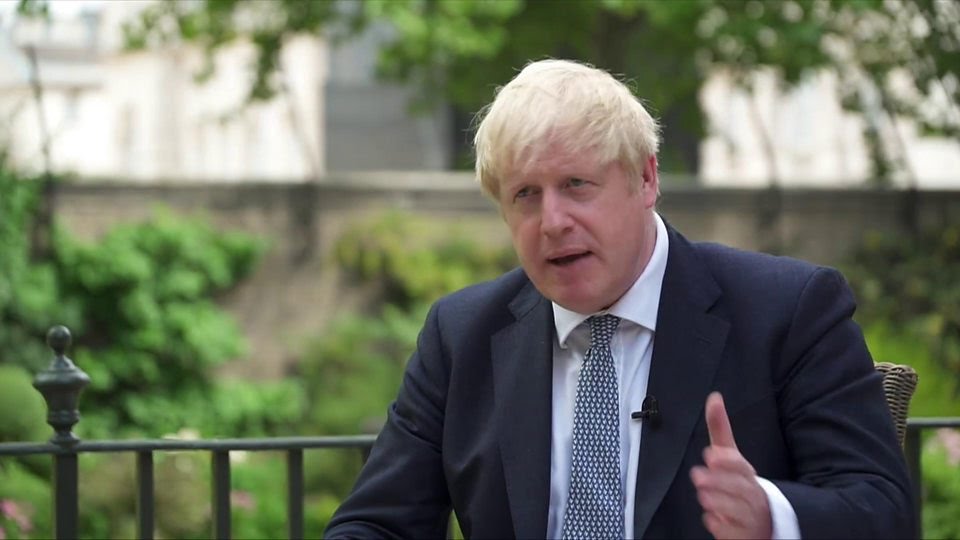 Boris Johnson has admitted the government did not understand coronavirus during the “first few weeks and months” of the UK outbreak.

In a interview with the BBC’s political editor Laura Kuenssberg, Johnson said there were “very open questions” about whether the lockdown had started too late.

Mr Johnson also spoke of “lessons to be learned” and said ministers could have done some things “differently”.

Labour accused the government of “mishandling” the crisis.

More than 45,000 people in the UK have died after testing positive for coronavirus, government figures show, with almost 300,000 cases confirmed.

Mr Johnson promised an “independent” inquiry into the pandemic Last week, but no details have been given of its scope or timing.

Previously, the prime minister has said he took the “right decisions at the right time”, based on the advice of scientists.

But, in an interview to mark the first anniversary of his entering Downing Street, he said: “We didn’t understand [the virus] in the way that we would have liked in the first few weeks and months.

“And I think, probably, the single thing that we didn’t see at the beginning was the extent to which it was being transmitted asymptomatically from person to person.”

Adding: “I think it’s fair to say that there are things that we need to learn about how we handled it in the early stages…There will be plenty of opportunities to learn the lessons of what happened.”

The UK went into full lockdown on the March 23, which critics say was too late and cost lives.

He added that these were still “very open questions as far as [scientists] are concerned, and there will be a time, obviously, to consider all those issues”.

On Friday, the government announced that 30 million people in England would be offered a flu vaccine this year, to reduce pressure on the NHS in case of a surge in coronavirus infections during the autumn and winter.

Mr Johnson said this was in addition to increased testing and tracing and more procurement of personal protective equipment, adding: “What people really want to focus on now is what are we doing to prepare for the next phase.”