Charlize Theron: Bakalava is the “best thing I’ve ever tasted” 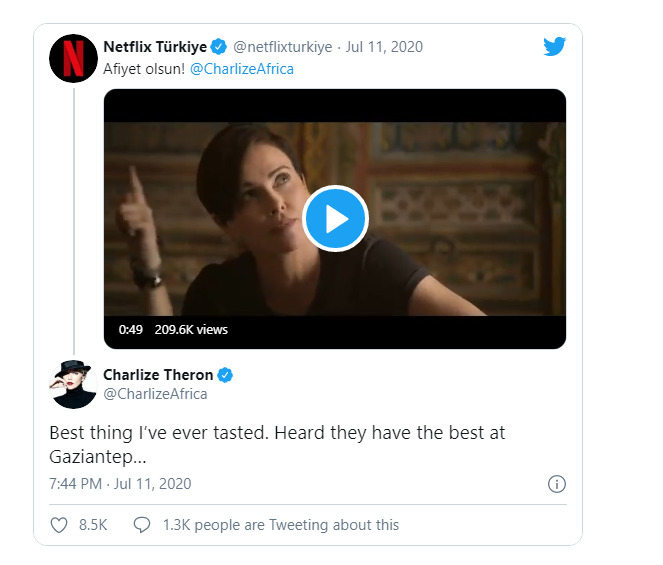 Netflix Turkey shared some scenes from the action movie, directed by Gina Prince and released a few days ago, on its Twitter account, and tagged Theron’s handle, with “bon appetite!” written in Turkish (Afiyet Olsun!) in the caption. 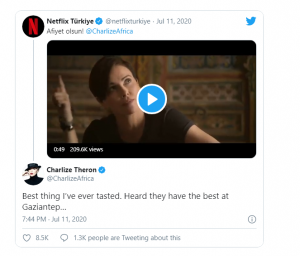 In the shared scenes, the character Andy, played by Theron, takes the baklava extended to her, rightly guessing its name, enjoying its taste and saying that it belongs to the “east of the country.”

The 44-year-old South African actress then replied to Netflix Turkey’s post, saying, “Best thing I’ve ever tasted. Heard they have the best at Gaziantep…”

Her comment has seen many Baklava makers in the southeastern province of Gaziantep were thrilled to watch receive the actress praises.

“When we watched the scene in the movie, we thought that the taste of Antep baklava would not be understood properly with just a slice and we decided to send her baklava and invite her here,” Şahin said.