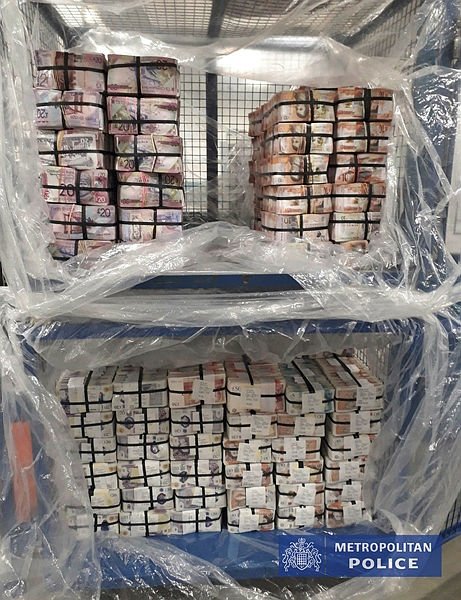 Police have arrested more than 700 suspects, seized £54m in cash and tonnes of drugs in the UK’s “biggest and most significant” operation ever against organised crime.

Officials said previously “untouchable” kingpins who have evaded justice for decades, while enjoying “flashy” lifestyles, were among those detained.

High-level gangs, including those importing guns, drugs and people into Britain, have been targeted in a series of raids after law enforcement agencies accessed a secretive communications network.

Known as EncroChat, it was used on bespoke mobile phones that were designed to be secure against police infiltration and examination. 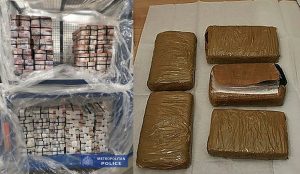 But in April, an international team cracked its encryption, started spying on users and harvesting their data as they carried on unawares.

According to the Met police of the 10,000 UK users, 1,400 were London-based and they have arrested 171 people for offences including conspiracy to murder, possession of firearms, money laundering and conspiracy to supply Class A and B drugs.

Raids have so far seen more than £54m in criminal cash seized, alongside 77 firearms and grenades, 1,800 rounds of ammunition, over two tonnes of Class A and B drugs and 28 million “street valium” pills from an illicit laboratory.

In London, alone officers have seized more than £13.4 million in cash – £5 million of this in one operation alone. This is the largest single cash seizure the Met has ever made.

Met Commissioner Cressida Dick said: “This operation is the most significant activity, certainly in my career, we have ever carried out against serious and organised criminality across London…

“Through this work with our international partners, we have significantly developed our understanding of organised criminality in London and the ways in which some of our most prolific and dangerous offenders operate. This is just the beginning, there are many more people we are investigating. We know who they are and we have seen what they are doing and who they are doing it with. We will not rest until they have seen justice.” 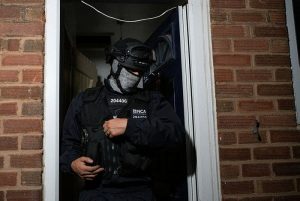 NCA Director of Investigations Nikki Holland, said: “The infiltration of this command and control communication platform for the UK’s criminal marketplace is like having an inside person in every top organised crime group in the country.

“This is the broadest and deepest ever UK operation into serious organised crime.

“The NCA is proud to have led the UK part of this operation, working in partnership with policing and other agencies. The results have been outstanding but this is just the start.

“A dedicated team of over 500 NCA officers has been working on Operation Venetic night and day, and thousands more across policing. And it’s all been made possible because of superb work with our international partners.

“Together we’ve protected the public by arresting middle-tier criminals and the kingpins, the so-called iconic untouchables who have evaded law enforcement for years, and now we have the evidence to prosecute them.

“The NCA plays a key role in international efforts to combat encrypted comms. I’d say to any criminal who uses an encrypted phone, you should be very, very worried.”