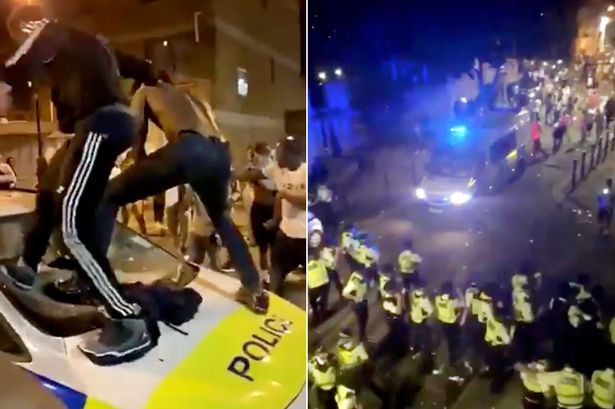 Prime Minister Boris Johnson has condemned the “appalling” scenes in Brixton last night after police came under attack when they tried to break up a large street party.

Scotland Yard said officers were confronted by a “hostile” crowd as they tried to break up the “block party” on Overton Road, Brixton. 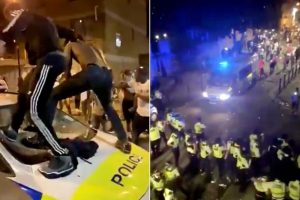 Footage of the chaotic scene shows men jumping on a police car and smashing in the windows as officers flee.

A number of police vehicles were damaged while 2 officers required hospital treatment for their injuries, 20 were also left injured the Met Police said.

“We have been clear that anyone who assaults the police or any of our emergency service workers who keep us safe should feel the full force of the law.”

The trouble flared at what police described the “unlicensed” music event which started in the afternoon and ran into the early hours of the morning.

“Just last weekend, the whole country came together to praise our heroic police officers for putting their own lives on the line to keep us safe.

“I’ll be picking up with the Met Commissioner immediately.”