Pilot flew to Wales ‘from London to go to the beach’ 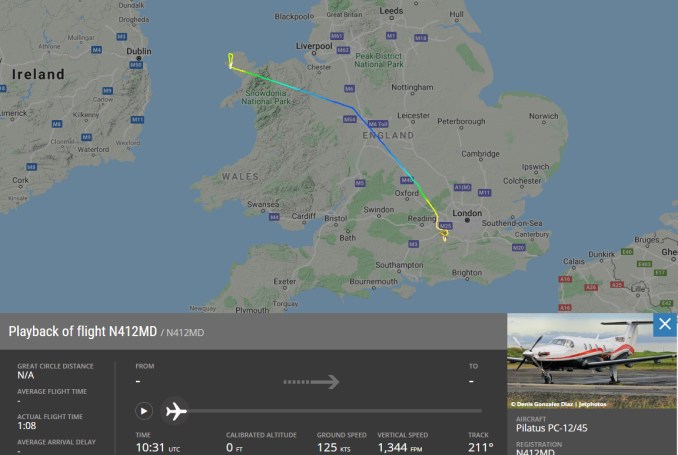 A pilot flew from Surrey to Anglesey on the Spring Bank Holiday “to go to the beach”, a report has revealed.

The man flew from Fairoaks Airport to RAF Valley, a military base near the Welsh coast, on 25 May.

It was closed for maintenance work and security staff believed he had made an emergency landing.

However, he told them “he had flown from London to go to the beach”, according to details in a Defence Aviation Safety Occurrence Report.

When told about lockdown and coronavirus restrictions in Wales, he is reported to have told them “it was okay, because he had [the virus] two months ago”.

The report lists events involving planes and said the aircraft called the control tower at 12:50 then landed on runway 19 and parked adjacent to the beach.

“The fire section noted the aircraft and responded, thinking the aircraft was in distress. The pilot informed the crew manager he had flown from London to go to the beach.”

He told them he found the airfield on Google Earth and decided to land there as Wikipedia said it served civilian traffic. He left shortly after landing.

An RAF spokesman said: “The RAF can confirm that on 25 May a civilian PC-12 aircraft landed on a closed runway at RAF Valley without permission.

“Whilst irregular, it was assessed that there was no threat to station personnel or the wider public. The incident has been reported to the Civil Aviation Authority.”

The Ministry of Defence said while civilian aircraft are allowed at its sites, 24 hours notice is required to make sure this does not impact on military activity.

But because it was closed, there was no “immediate danger” to RAF aircraft.