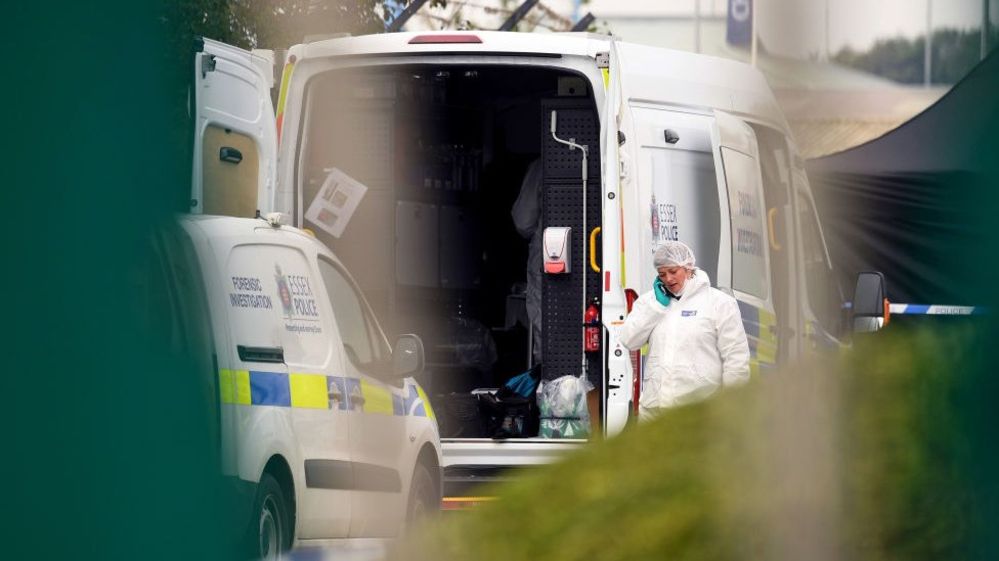 Two people have been arrested on suspicion of manslaughter and conspiracy to traffic after 39 people were found dead in a refrigerated lorry in Essex.

An Essex Police spokesman said: ‘We have carried out warrants in Cheshire as part of the investigation into 39 bodies being discovered in a lorry trailer in Grays.

GPS tracking on the -25C sound-proofed container shows that it stopped in Dunkirk and Calais in France before heading to Zeebrugge for the fateful trip to Purfleet on Tuesday night.

The new data will increase suspicions that the unit, rented for £250-a-week, may have been repeatedly used by people smugglers before the 31 men and eight women were found dead in Thurrock, Essex on Wednesday morning.

The 39 Chinese migrants who were found dead in the back of a lorry and could have been locked in the freezing trailer for days where they were frozen, or had died of suffocation, while being trapped.

The Essex lorry disaster is the biggest tragedy of its kind since 2000, when 58 Chinese stowaways died on a ferry from Belgium to Britain.

Detectives are now looking into an Irish people smuggling ring which has links to the Bulgarian city of Varna, where the truck is registered to, and may have been moving human cargo from China between Zeebrugge and the Essex port of Purfleet due to increased security at Dover and Calais.

Varna, a port on the Black Sea, is ideal for traffickers because it has ferry links to Asia via Turkey, Georgia and Russia.