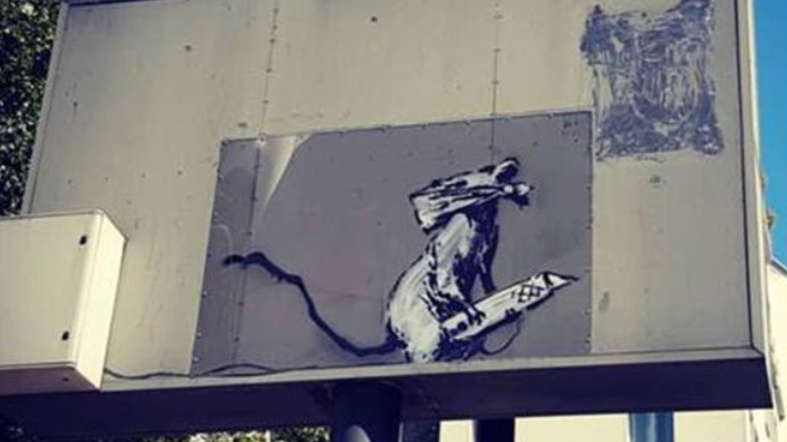 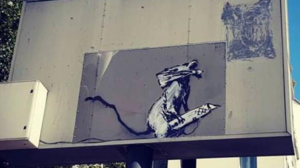 A mural by famous artist Banksy has been stolen from outside the Pompidou Centre in central Paris.

The artwork, depicting a rat with a face mask holding a penknife, was taken from its location on the back of a road sign in the 4th arrondissement on Sunday.

Police have launched an investigation. Past Banksy pieces have sold at auction for over £1m. This artwork, which appeared in June last year, was protected behind glass.

It was installed around the time of the 50th anniversary of the May 1968 uprisings, when French students and unionists protested across Paris and surrounding areas demanding the fall of the government under Charles de Gaulle.

The Pompidou Centre said in a statement: “We are sad to inform you that Banksy’s work of art facing our building on rue Beaubourg was stolen during the night.

“Although this piece was not part of our collection, we were proud that the artist had chosen the side of our building to create it, as homage to the events of May ’68. We are filing a legal complaint.”