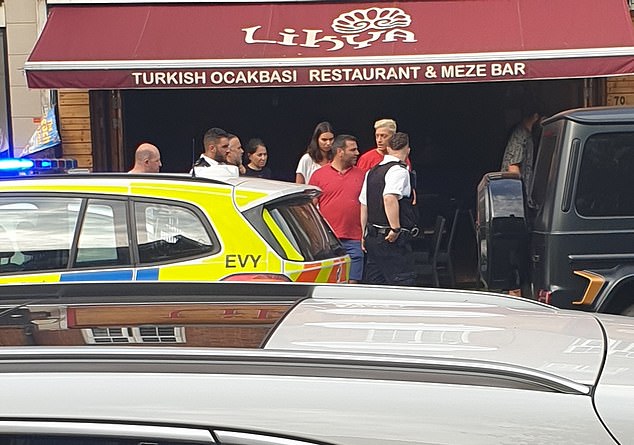 Ozil was seen racing along Golders Green Road in his black Mercedes G-Class SUV, pursued by two thugs on mopeds. 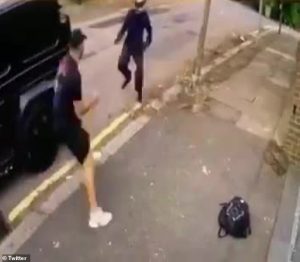 Gunners fullback Kolasinac is seen on footage leaping from the £100,000 car and going after the armed gangsters with his bare hands.

Ozil abandoned his car in the middle of the road and fled on foot, ducking into the Turkish restaurant Likya.

Waiters and chefs rushed to the footballer’s defence, spilling out onto the street and chasing away the attackers.

Police were on the scene within minutes, questioning the midfield ace on the pavement outside the restaurant in scenes that were captured on camera by bystanders. 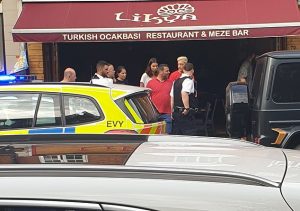