“Traces of the working class in culture and art” panel held 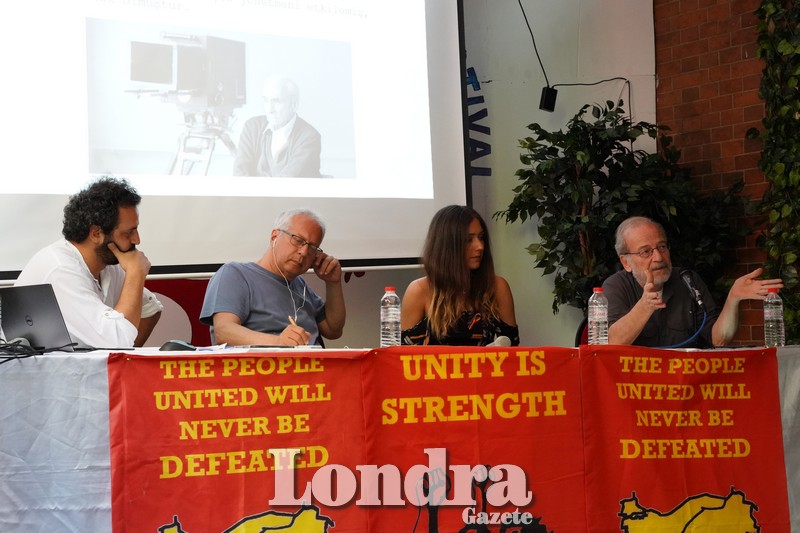 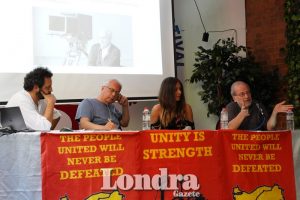 Within the scope of Day-Mer Culture and Art Festival, a “Traces of the working class in culture and art” panel was held.

The panel was moderated by Sena Kartal at the North London Community Center on Friday, July 5 at 19.00, while the speakers were writer Aydın Çubukçu, producer Mike Simpson and director Suat Eroğlu.

Dozens of people participated in the panel which discussed the traces of the working class in culture and art since history.

Producer Mike Simpson, who opened the panel, showed a brief summary of 3 different documentary films about workers’ strikes in England and the world.

The then director Suat Eroglu promised compiled by The Simpsons in cinema with the presentation of the most important masterpieces of the working class culture and Turkey gave examples from the world of cinema. 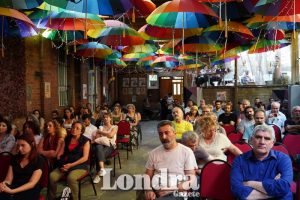 The last speaker of the panel, the writer Aydın Çubukçu stated that the social structure of the working class and the dynamics it finds in it are subjects in every branch of art and talked about its historical process.

In his speech, Çubukçu stated that although world-famous writers such as Balzac, Victor Hugo and Charles Dickens were not working class, they created works that best described this class and introduced them to other classes.

Stating that the working class’s narrative in literature took place after the Soviet revolution, Çubukçu said that Gorky’s works were the best example of that period.