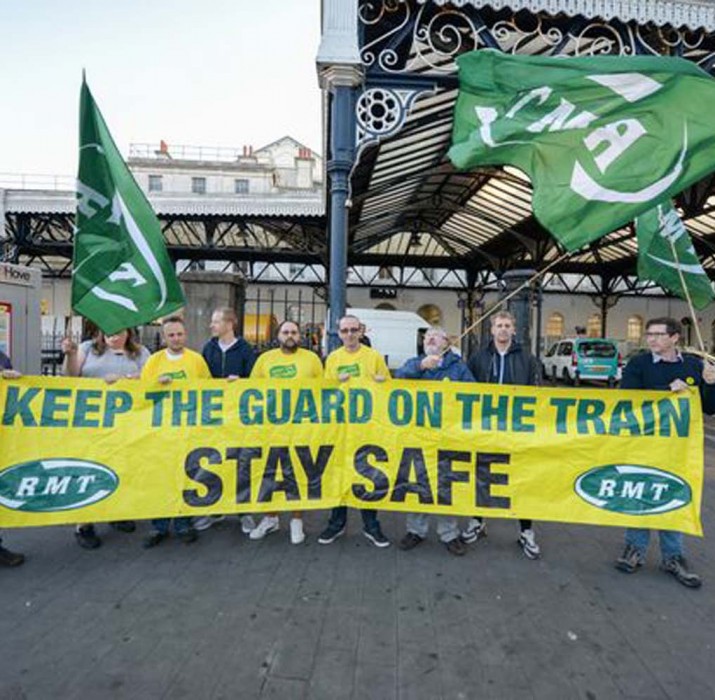 The start of a five-day strike by South Western Railway(SWR) staff sparked rush hour misery on Tuesday morning as commuters complained of rammed trains and massive queues outside stations.

In Surbiton, south-west London, disgruntled passengers were forced to wait in a huge 200m queue snaking from the platforms, through the station concourse and down the road.

Surbiton was one of many stations to be hit by the strike action on busy services going into London Waterloo, the UK’s busiest railway station. SWR said it was operating at 50 per cent of its usual timetable. 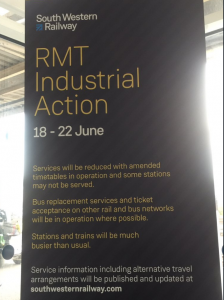 RMT said staff had been left with no choice but to strike, and accused SWR of failing to guarantee guard roles.

The long-running dispute has resulted in 29 days of industrial action by RMT members over the past two years.

A planned walkout in February was suspended after the RMT said there had been “substantial progress” in talks with the company.

This followed the suspension of strikes on Northern Rail after the company agreed to guarantee a conductor on all trains.

However, RMT said SWR had now “rowed back” and was refusing to rule out future driver-controlled operations.

The union said this would see the role of guards “carved up completely”.

An SWR spokesman said: ‘It’s very disappointing that despite having had dates in the diary for what we hoped

would be further constructive talks, the RMT union decided to call disruptive strike action over the course of five days.’

The company said it met with the union last week and agreed to arrange new dates to continue those talks.

‘However, they seem insistent on going ahead with their unnecessary strike which will impact our customers and colleagues alike.

‘The RMT has always said it wanted us to keep the guard on every train which is what we have offered as part of a framework agreement.

‘We want to move the conversation on to how we operate our new trains and take advantage of the new technology on board to benefit our customers.

‘Passengers are strongly advised to plan their travel in advance as services are likely to be busier than usual because of the strike action.

‘Rail replacement services and ticket acceptance on other bus and rail networks have been organised where possible, whilst fans attending events at Twickenham, Hampton Court, Royal Ascot, and elsewhere, are advised to allow extra time for their travel.

‘Customers will be able to see amendments to their train services, as currently published on our website.’