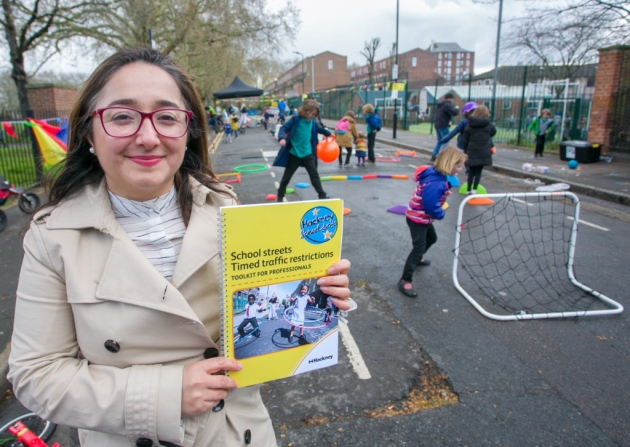 Hackney council’s School streets are a pioneering scheme to transform roads outside schools so that only pedestrians and cyclists can use them at school start and finish times.

The streets tackle congestion and improve air quality at the school gates, making it easier and safer to walk and cycle to school. 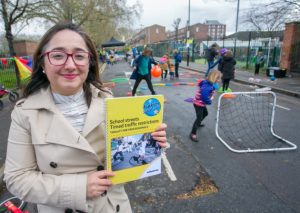 They create a more pleasant environment for everyone while making sure residents, businesses, pedestrians and cyclists can still use the road.

The streets around a school temporarily become pedestrian and cycles only at set times in the morning and afternoon. Vehicles are not permitted to enter the street between these times unless they have been granted an exemption.

Signs inform drivers of the restrictions before the entrance to the closed street. Non-registered vehicles entering the street during the times of operation will be identified by camera and issued a fixed penalty notice.

The school street zones currently are ongoing at 6 primary schools, with one made permanent so far between 8.30-9.15am and 3.15-4pm during school term time. They won’t be in force during school holidays or at weekends. 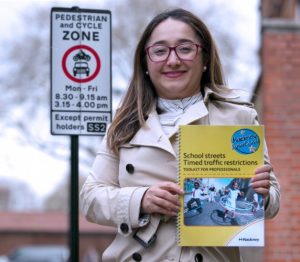 Cllr Feryal Demirci, Deputy Mayor of Hackney, said: “We’ve had lots of interest in School Streets from as far afield as Toronto and Singapore and feel that we have a duty to share our new toolkit with councils nationwide, as we want to see schools transformed and the school-run become a thing of the past.”