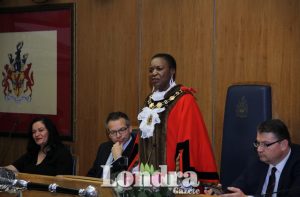 Kate Anolue has been elected the new Mayor of Enfield. The mayoral ceremony took place at Enfield civic centre on Wednesday 8 May.

Mayor Anolue a mother of four spent years working a nurse at North Middlesex Hospital. Widowed with young children Anolue explained that while working a full-time job this didn’t stop her from furthering her education. She applied to study law and completed her course.

The council also elected the Duty Mayor of Enfield as Sabri Ozaydin. The Mayor also presented the past Mayor’s and past Mayor’s Consort badges to Councillor Saray Karakus, Ismet Karakus and Destiny Karakus.

Enfield Council leader Nesil Caliskan took a moment thank Cllr Karakus saying: “Within her first year she showed courage, thank you for your hard work our borough and I wish you well in the following year.”

Enfiled’s Conservative leader Joanne Laban also thanked Cllr Karakus for her contribution during the year: “She has been an excellent Mayor, she has given a lot to the borough, chairing our meeting well” 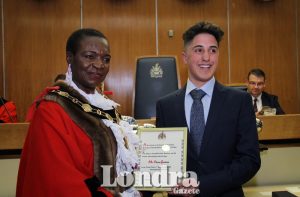 Enfield council has now elected its first ever young mayor of Enfield as 15-year-old Okan Gürhan.

Speaking to Londra Gazete Okan said: ” Thanks to Kate Anolue,  we are making history and making my dreams come true. I can represent the voice of the youth directly and create awareness for issues we young people face.  I’m looking forward to Working with Kate Anolue and Christie.”

Mayor Anolue explained that her idea of introducing a young mayor position to Enfield came from another London council Barking and Dagenham, taking their idea and working with the council she makes it happen.

Talking about young people she said: “I love my young people but we have a lot of problems now if we support them by involving them in all we do there is no doubt they will do just a good if not better than us.” 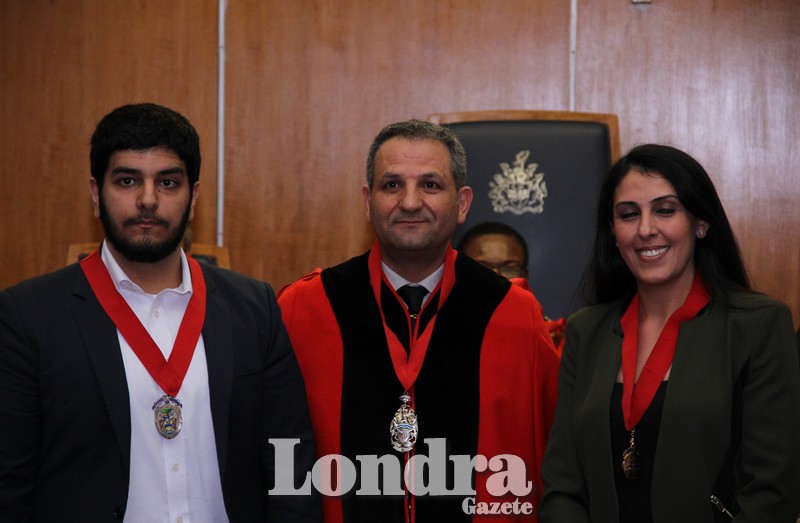 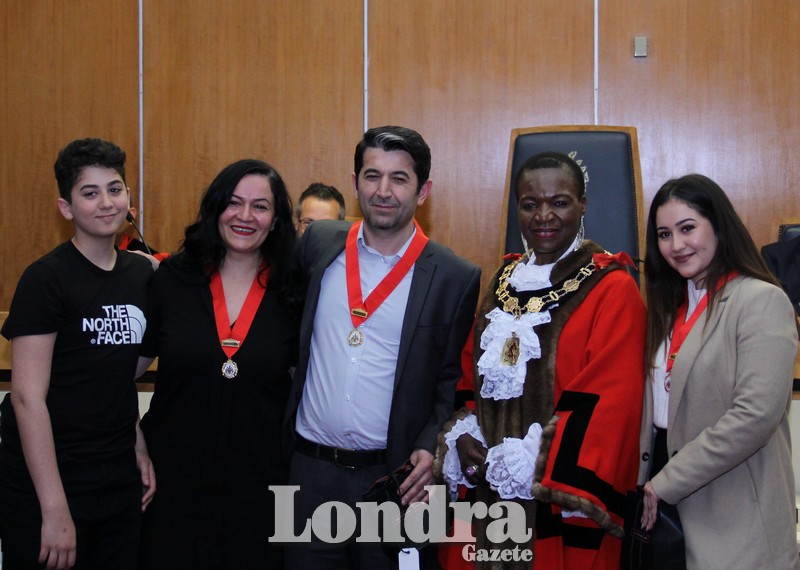