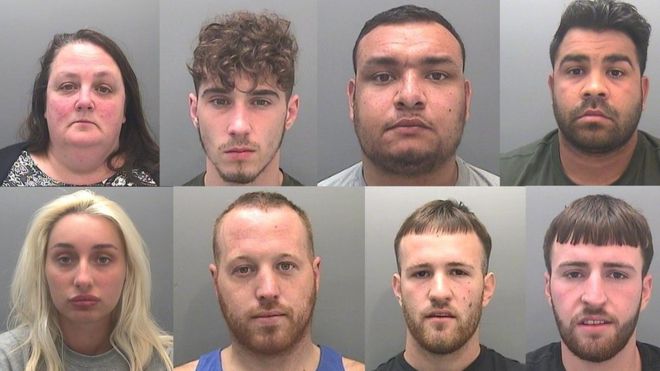 A grandmother has been jailed for six years after becoming “second in command” to a drugs gang headed by her two sons.

Angela Collingbourne, 51, helped the group to sell more than £2.7m of cocaine in Newport, with her son directing operations from prison.

Seven other members were also jailed for conspiracy to supply class A drugs on Friday at Newport Crown Court.

Another eight had already been jailed in March, bringing the total to 16.

The gang, from Newport, dealt the drug from a garage called NP19 Tyres, with video showing thousands of pounds passing through but only a handful of cars being repaired.

The court was told Collingbourne, who is a grandmother, racked up a “number of convictions” for shoplifting, driving and a public order offence before becoming responsible for managing the gang’s funds and facilitating – and maintaining control of the the mobile telephone trading line with 4,000 customers.

Prosecutor Andrew Jones said: “She was a middle tier manager of the organisation.” 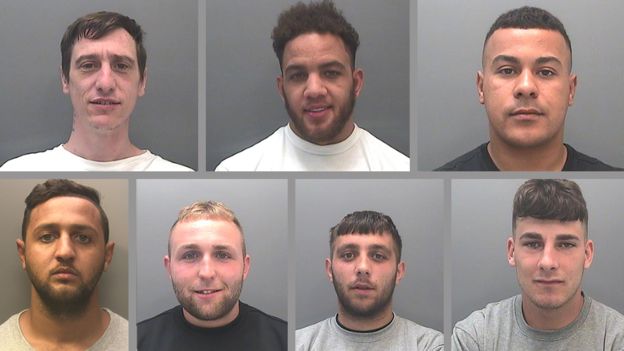 She denied being “a trusted lieutenant of this organised crime group, the second-in-command” – but was convicted by a jury.

Richard Barton, defending, said Collingbourne was acting out of “mother’s love” and trying to provide for her three sons – the youngest of which has now lost “three fifths of his remaining family” following the convictions.

The court was told Collingbourne became estranged from her “racist” parents after they did not approve of her relationship.

Judge Daniel Williams told Collingbourne: “During your trial you portrayed yourself as a victim, fighting bigotry and injustice – but the jury saw through you.

“You dismissed your crimes as evidence of your own victim-hood.

“You were counting and banking the vast profits from this operation. 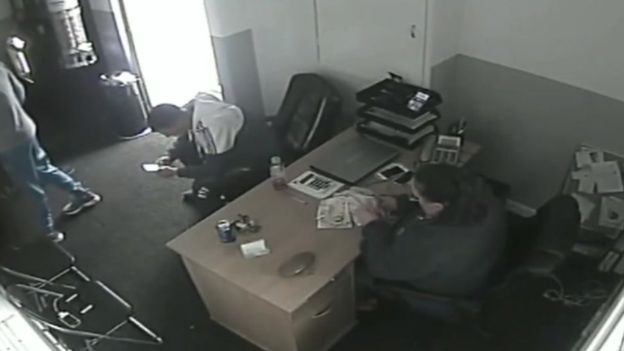 “You began to believe that you were unstoppable.”

The gang was arrested following a year-long investigation, Operation Finch, which involved surveillance and secret recordings.

Judge Williams said it was “depressing” that Jerome Nunes was able to direct the operation from his prison cell using hidden mobile phones, while serving a sentence for possession of cocaine with intent to supply.

She would accompany her partner Thomas Allison to drug deals in her pyjamas and had ambitions of buying a £500,000 house with him. A raid recovered Versace, Prada, Bulgari and Louis Vuitton clothing.