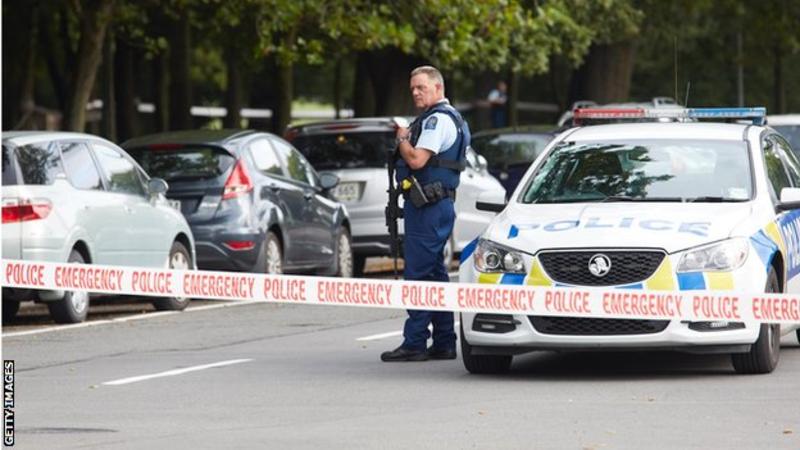 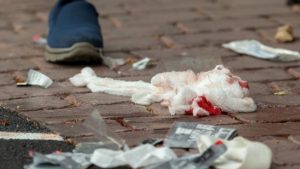 Forty-nine people have been killed and at least 20 wounded in shootings at two mosques in Christchurch, New Zealand.

Prime Minister Jacinda Ardern described the incident as a terrorist attack and one of New Zealand’s “darkest days”.

A man in his late twenties was charged with murder and will appear in court on Saturday morning, police confirmed.

Two other men and one woman were detained nearby and firearms and explosive devices recovered, Police Commissioner Mike Bush said.

The attack, which came around the time people were attending the mosques for Friday prayers, was the deadliest in the nation’s history.

A gunman, who identified himself in footage of an attack as a 28-year-old Australian called Brenton Tarrant, live-streamed his rampage to Facebook from a head-mounted camera. The footage showed him firing indiscriminately at men, women and children from close range inside the Al-Noor mosque.

Police called on the public not to share the “extremely distressing” footage online. Facebook said it had removed the gunman’s Facebook and Instagram accounts and was working to remove any copies of the footage.

The suspect who was charged appeared to have published a document before the attack outlining his intentions and in which he espoused far right and anti-immigrant ideology.

Australian Prime Minister Scott Morrison described the man as an “extremist, right-wing” terrorist. Police Commissioner Bush confirmed that the man was not known in advance to either New Zealand or Australian security services.

New Zealand police said on Twitter that officers went to a property in the city of Dunedin in connection with the attack in Christchurch.

“It is clear that this can now only be described as a terrorist attack,” Prime Minister Ardern said in a press conference. In a tweet, she said: “What has happened in Christchurch is an extraordinary act of unprecedented violence. It has no place in New Zealand. Many of those affected will be members of our migrant communities – New Zealand is their home – they are us.”