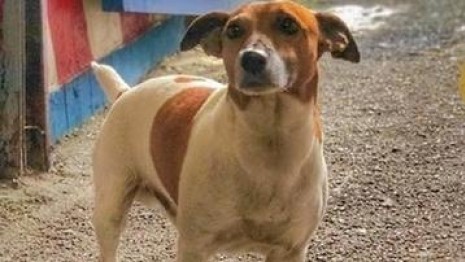 IT was noted that an Italian mafia has ordered a hit on one of their most tenacious foes – a drugs sniffer dog which has cost them millions.

The nine-year-old Jack Russell terrier, Pocho, has uncovered over two tonnes of illegal substances for the Naples police.

The Camorra – one of the oldest and biggest criminal organisations located in Italy – has now stuck a £4,440 bounty on Pocho’s head, The Times stated.

The dog, known to be named after the former Napoli footballer Ezequiel Lavezzi, who is nicknamed Pocho – which means The Chubby One.

The dog belonged to a doctor living near the city’s San Paolo soccer stadium, but was donated to the police when the owner realised his son was allergic to the dog’s fur.

His latest heroics include detecting almost 5st of cocaine during a raid. He also reportedly found cocaine disguised as milk powder in a baby’s bottle.

The Camorra is said to have left poisoned bait for him – and has even tried to protect its drug stashes by placing female dogs nearby to distract him.