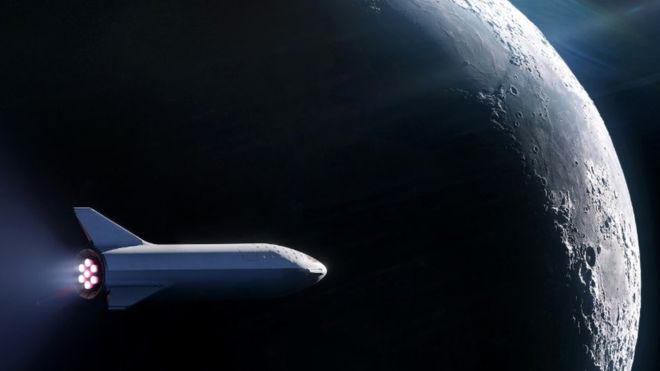 Elon Musk’s company SpaceX has unveiled the first private passenger it plans to fly around the Moon.

Japanese billionaire and online fashion tycoon Yusaku Maezawa, 42, announced: “I choose to go to the Moon”.

He is expected to lift-off on the Big Falcon Rocket (BFR), a launch system that was unveiled by Mr Musk in 2016.

The mission, which is currently planned for 2023, will mark the first visit to the Moon by humans since Nasa’s Apollo 17 landing in 1972.

The announcement was made at SpaceX’s headquarters in Hawthorne, California, on Tuesday.

The company said the flight represented “an important step toward enabling access for everyday people who dream of travelling to space”.

Earlier on Twitter, Mr Musk had already hinted that the passenger would be from Japan. 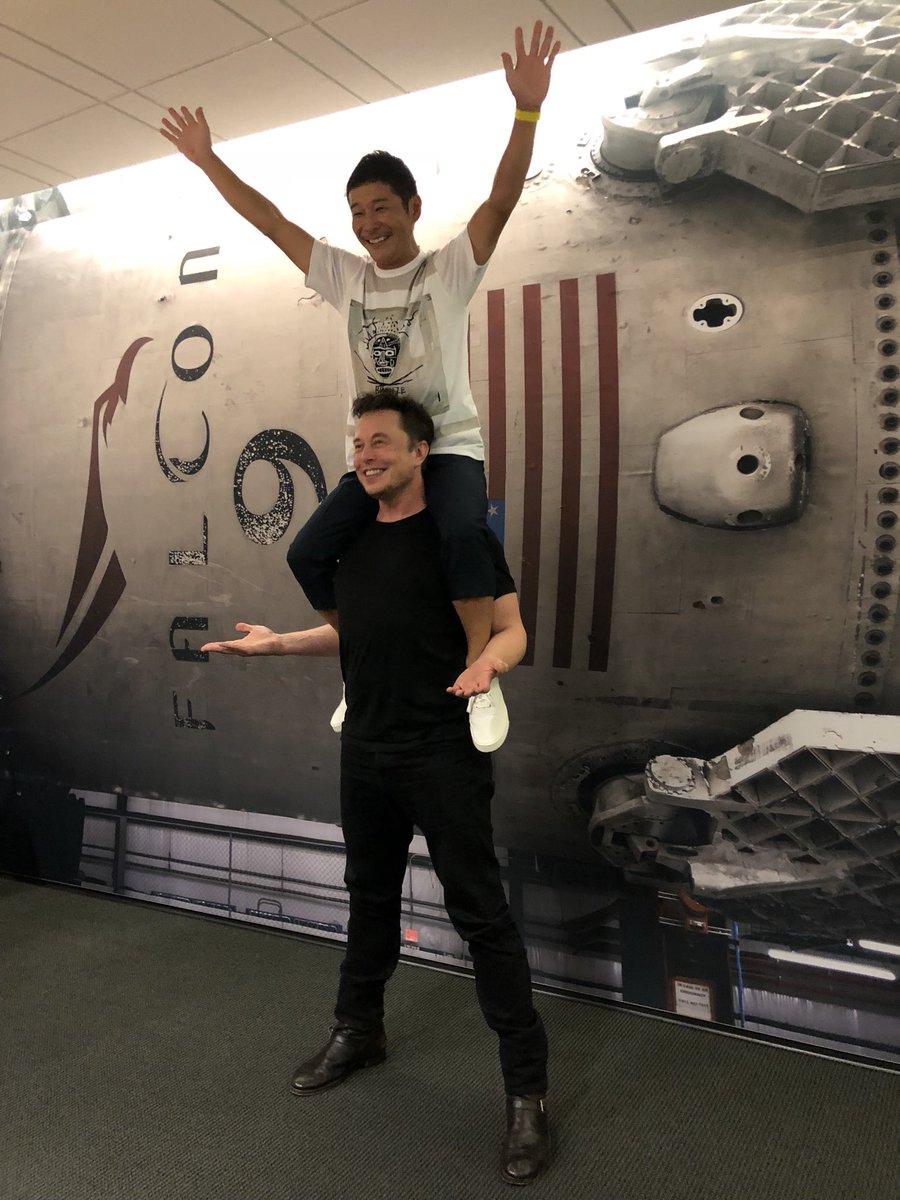 Mr Maezawa made headlines last year after paying $110.5m (£85.4m) for a painting by the late artist Jean-Michel Basquiat at an auction in New York.

The art enthusiast said on Monday he would invite six to eight artists from around the world to join him as he blasts into space on board the SpaceX rocket in 2023.

“They will be asked to create something after they return to Earth. These masterpieces will inspire the dreamer within all of us,” he told reporters.

Only 24 humans have visited the Moon – all of them Americans. Some of the Apollo missions orbited without landing, as this one will.

However, this launch will rely on a rocket that hasn’t been built yet, and Mr Musk has said: ” “It’s not 100% certain we can bring this to flight.”

In 2017, Mr Musk announced that he would be sending two paying passengers on a loop around the Moon – which was to have launched as early as this year.

At the time, SpaceX was to have used its heavy-lift Falcon Heavy rocket and the crewed version of the existing Dragon spacecraft.

But in February this year, Mr Musk said SpaceX would concentrate on the BFR for future crewed missions.

The BFR has never flown, but Mr Musk has released some technical details about it. The rocket is expected to stand 118m high and have a diameter of 9m.

By comparison, the Falcon Heavy is 70m tall and consists of a central rocket core surrounded by two boosters, each with a diameter of 3.66m.

On Monday, Mr Musk unveiled new artist impressions of the BFR and the spaceship which will carry passengers around the Moon.

It appeared to confirm some design changes to the spaceship, including three large fins near the back and a black heat-shield on the craft’s underside.

Eventually, the BFR should be able to lift a whopping 150 tonnes into low-Earth orbit – that is more than the US Saturn V rockets that lofted the Apollo spacecraft.

The SpaceX founder has attracted some uncomfortable headlines of late – he recently smoked marijuana during a webcast with a US comedian.

Shares in Tesla have had a turbulent time after the entrepreneur said in a tweet last month that he wanted to take the carmaker private. He abandoned the idea about two weeks later.

Earlier on Monday it emerged that Mr Musk was being sued for defamation over his repeated claims that a British cave diver was a child abuser.

The lawsuit brought by Vernon Unsworth, who helped with the rescue of 12 Thai teenagers from a flooded cave in July, seeks $75,000 (£57,000) in compensation and an injunction against Mr Musk to stop further allegations. (BBCNEWS)