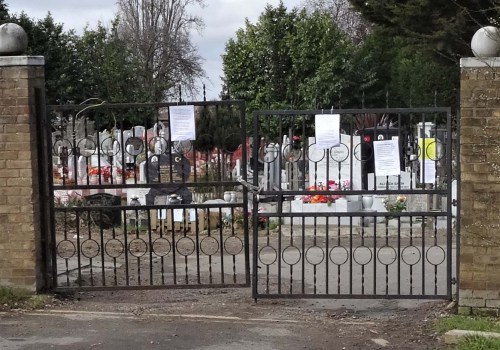 GRIEVING families have complained that bones were found in Tottenham Park Cemetery. They say that a change in the law is needed to force privately run cemeteries to follow stricter rules.

End of May 2018, a human jaw bone was found at Tottenham Park Cemetery. One of several police confirmed it was human.

People visiting the cemetery asserted that it this situation is quote depressing and disturbing.

In 2015 human bones were found within the cemetery and last month more bones were discovered. The discovered bones are currently being tested to see whether they belong to humans.

This situation has led regular cemetery users to set up an action group, which is called “Friends of Tottenham Park Cemetery”.

“Private burial grounds such as this should come under the same legal framework and same regulations as council run cemeteries or churches. There’s a loophole here whereby it seems like private cemeteries are able to do exactly what they please.”

This situation has also frustrated the council and they said that they find it unacceptable that deep concerns have not been adequately addressed by the cemetery owners. Hence, with limited powers to intervene they’ve called the Minister of Justice to help.