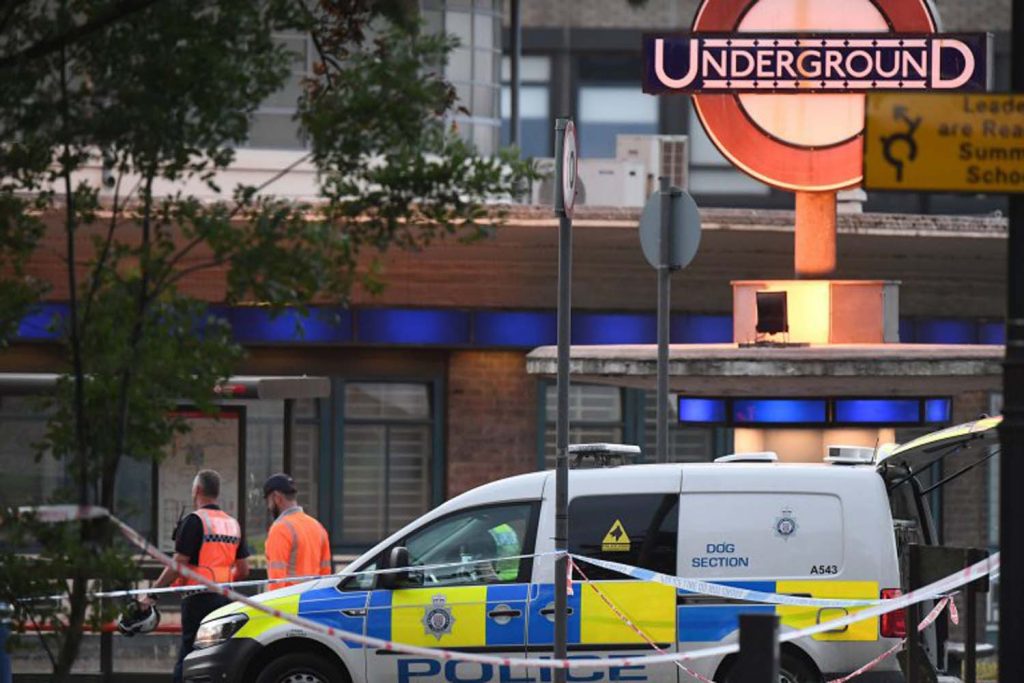 FIVE people were injured in an explosion at Southgate Tube station. Witnesses described smelling “burning rubber” and seeing “six-foot flames” at the entrance to Southgate Underground station in Enfield.

Police said the “minor explosion”, at about 19:00 BST on Tuesday, was thought to have been caused by a battery. Paramedics treated five people at the scene and took two to hospital. Police said they were “working to establish the full facts”.

London Mayor Sadiq Khan said the explosion had been “confirmed as non-suspicious” and thanked the emergency services “for a swift and professional response”.

A 23-year-old man has been arrested after an explosion at a north London Tube station left five people injured. Witnesses described smelling “burning rubber” and seeing “six-foot flames” at the entrance to Southgate Underground station in Enfield on Tuesday evening.

Police believe the explosion was caused by a faulty drill battery. The man was held on suspicion of an act likely to cause an explosion to injure or damage property, and endangering safety on the railway. The station was shut and a cordon set up after the explosion occurred at about 19:00 BST.