Haringey Council to issue new guidance due to elections mistake 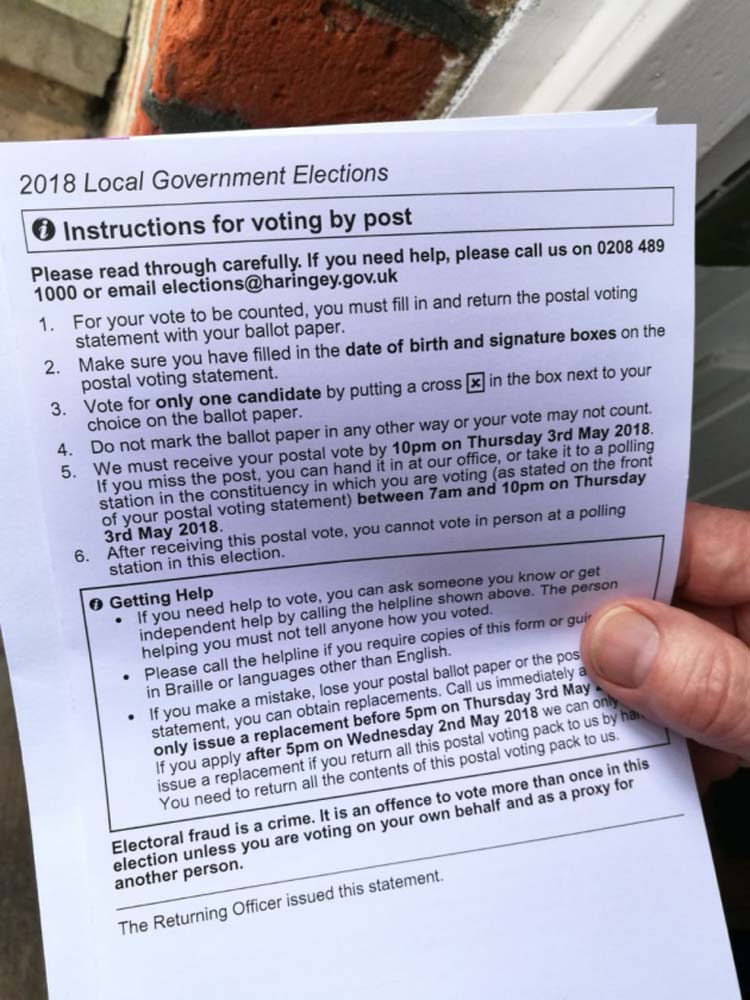 IN the voter packs which were delivered on Saturday, Haringey Council said to electorates they should only vote for one candidate, rather than three.

In reference to the council, almost 900 voters on Saturday received voter’s packs along with information which stated: “Vote for only one candidate, by putting a cross in the box next to the choice on the ballot paper.”

Therefore, the council are now printing new information packs which is set to be delivered during the coming days.

Gail Engert, the Lib Dem leader and councillor for Muswell Hill stated that:

“Our democracy is too important for the Council to allow mistakes like this.We need to find out why this happened, so we can prevent a repeat. That is especially true as something similar happen in local the election before last.

For that reason, I’m calling for a scrutiny inquiry in the new council year.”