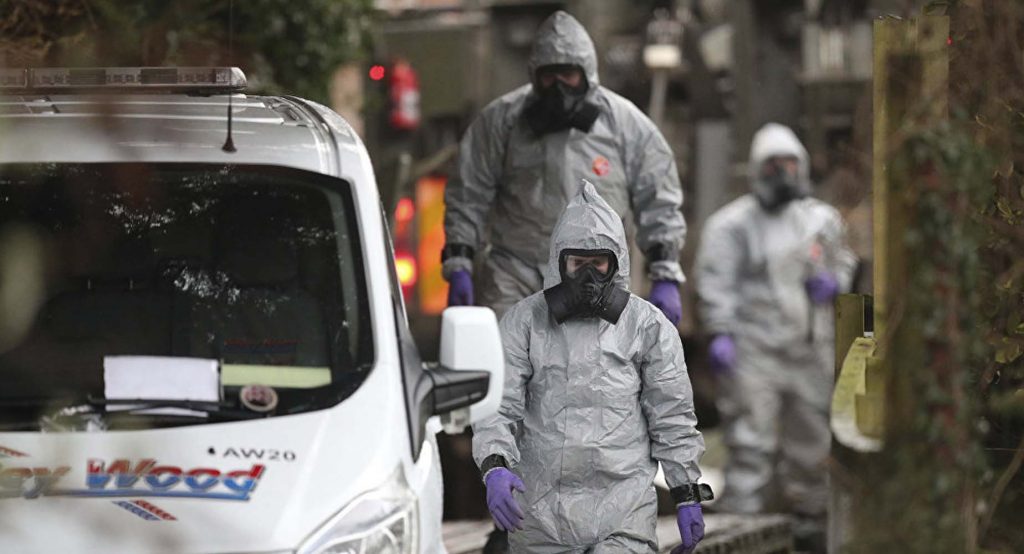 The nerve agent used to poison former spy Sergei Skripal and his daughter Yulia was delivered “in a liquid form”, the Department for Environment says.

Only “a very small amount” was used on the pair, who were found unconscious on a bench in Salisbury on 4 March.

A massive clean-up operation is beginning to decontaminate nine sites in the city – it will take several months and cost millions of pounds.

The UK says Russia was behind the attack, but Moscow denies involvement.

Yulia, 33, left hospital earlier this month. Her 66-year-old father is said to be recovering more slowly but is expected to eventually be discharged.

The Department for Environment, Food and Rural Affairs (Defra) said the highest concentration of military grade Novichok nerve agent was found at Mr Skripal’s house, but eight other sites are known, or thought, to be contaminated.

They include ambulance stations and a police car compound, as well as a Zizzi restaurant and the Mill pub, where the Skripals spent time on the day they fell ill.

The nerve agent does not evaporate or disappear over time, experts said, and intense cleaning with caustic chemicals is required to get rid of it.

Hoardings will go up in public places in the next few days for the clean-up to begin.

Grass and stones will be removed from public areas around the Maltings shopping centre, and all material found to be contaminated will be incinerated.

Almost 200 military personnel will help with the work, which is expected to take a number of months.

A 10th site – a section of London Road cemetery – has now been reopened to the public after tests established it was not contaminated. The cemetery contains the remains of Mr Skripal’s wife and son. (BBCNEWS)