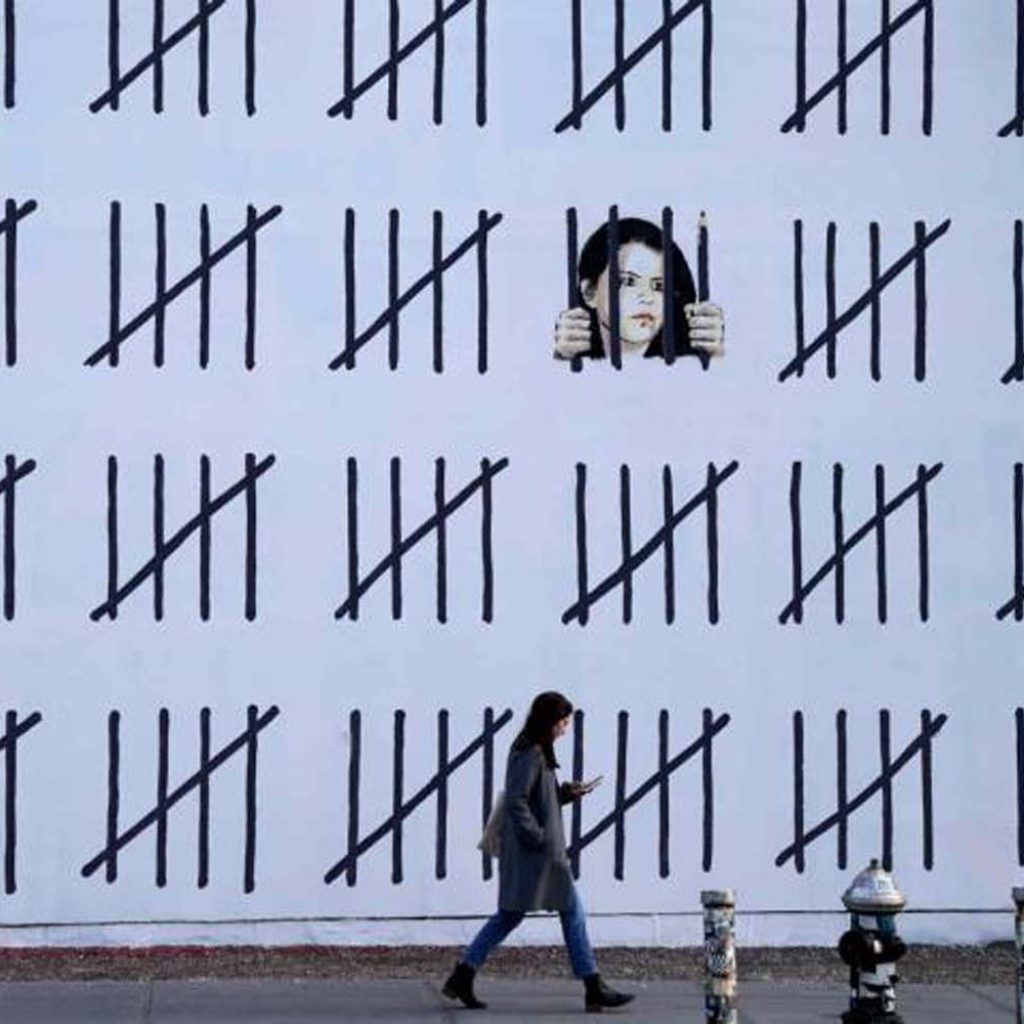 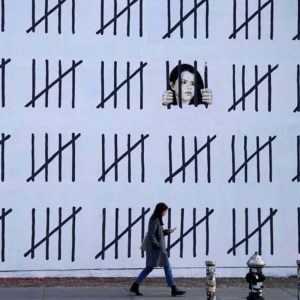 A 70ft mural created in New York, Downtown Manhattan by the British street artist Banksy was dedicated to a Turkish artist who was imprisoned over her painting which shows the damaged during a fight between Turkish army and Kurdish fighters in the city of Nusaybin.

Painter Zehra Dogan, who is of Turkish and Kurdish heritage sparked outrage with the painting in Turkey and was accused of being connected to Kurdistan workers party, Dogan was sentenced to two years and 22 days in jail in March last year.

Banksy also took to social media where he shared his thoughts regarding this matter. He created the hashtag FREEzehradogan to create awareness for justice.  He’s work features a projection of Dogan’s original painting above a white wall covered in tally marks depicting the time she has already spent in jail.

In a statement to the New York time Banksy said ““I really feel for her. I’ve painted things much more worthy of a custodial sentence.”