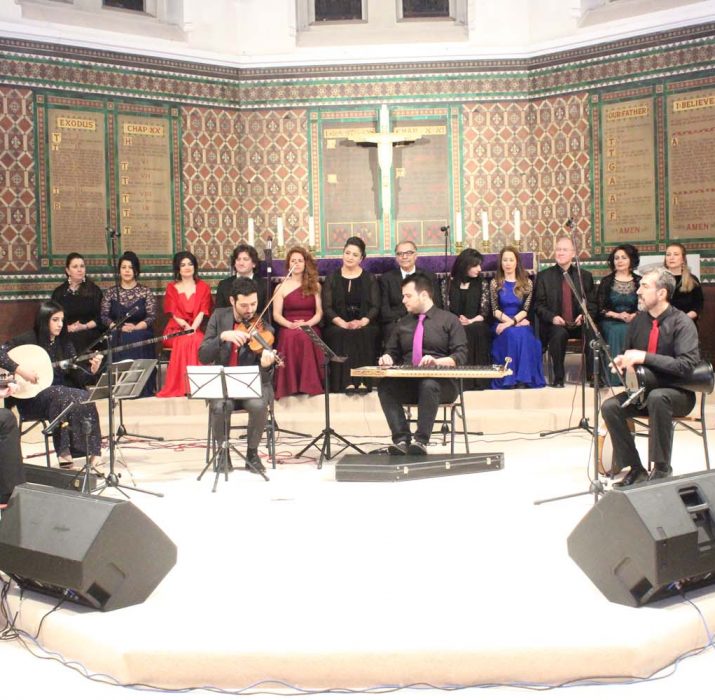 THE concert night was held in St. Joseph Church Islington, London by the HOŞ Seda Arts and Culture Center. Consul General Ülkü Alemdar from the TRNC London Representation, Jale Özer, President of the Turkish Association of the UK, and many art lovers attended the night.

The choir, directed by the artist Baha Yetkin, participated in solo singing in Gulistan Yücededağ, Rahile Atmaca, Emriye Ay, Ahmet Kıral, Ethem Demir and Mutlu Sancaktutarhicaz. Çiğdem Aslan, who performed on stage in the third part of the concert which took place on 3 March, received great applause from the guests who spoke with his repertoire mainly in Thrace and Balkan music.

Hoş Seda Art and Cultural Centre President Dilek Altunkaş said at the end of the night that she had been working for many projects as an association in his speech: “She started to work on the Hoş Seda ‘We are singing children’s choir’. The choir will be started with the management of Ethem Demir and children among the age of 8-14 will be selected.

In the choir, children will be taught musical notation and solfege, sound and breathing, technique of singing collectively, children’s songs in Turkish and other languages. Children who want to join the choir can call 07568 441357. Thanks to the support they have given to our concert tonight, I would like to thank all of my sponsors and others who have worked hard.”