COMPLAINTS over a pub landlord has rejected to get rid of his collection of Golliwog dolls from display, is spite of complaints that the dolls are racist. 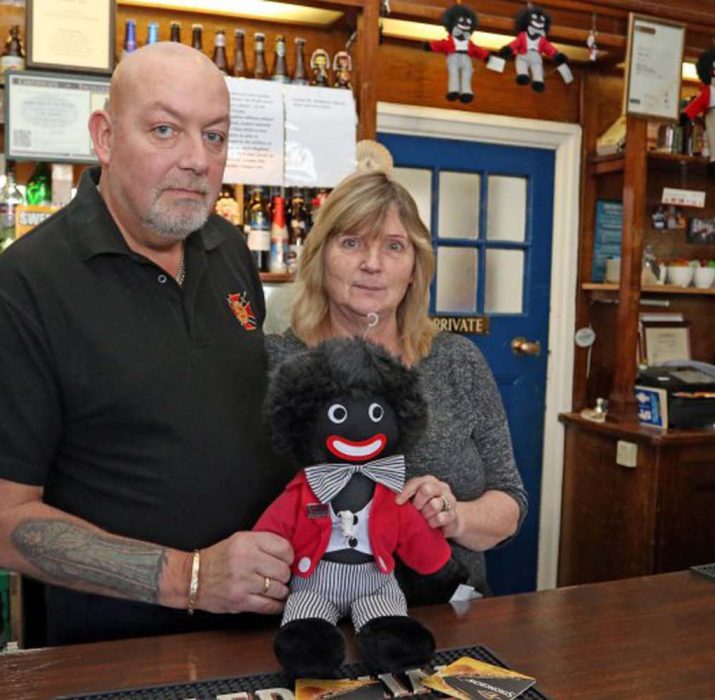 COMPLAINTS over a pub landlord has rejected to get rid of his collection of Golliwog dolls from display, is spite of complaints that the dolls are racist.

Chris Ryley, who is managing the White Hart in Grays, Essex with his wife Benice, was contacted by local customers in relation to customers complaining about the dolls that are displaying in the bar.

Golliwog dolls are formed on a character constructed by Florence Kate Upton in the 19th century.

Upton’s character was formed on blackface minstrel, a white person which painted their face black, had overemphasised frizzy hair and wore bring pinklipstik in a racist caricature of black people.

Chris Ryley stated: “there have only ever been two complaints to him directly about the dolls. One was from a Canadian lady who said those would not be allowed back in my country and another was from an English woman who insisted they were racist, despite no one else in the pub agreeing with her, including a black man who was drinking in here at the time.”

Benice, 56, also saw no problem with the dolls, saying: “At the end of the day, if they are offended by them, they know where the door is.”

A spokesman for Thurrock Council confirmed that an investigation had been launched, but could not comment any further.