AFTER Hasan Ozcan lost his life due to a knife attack, the young teenager’s family and loved ones protested the authorities. 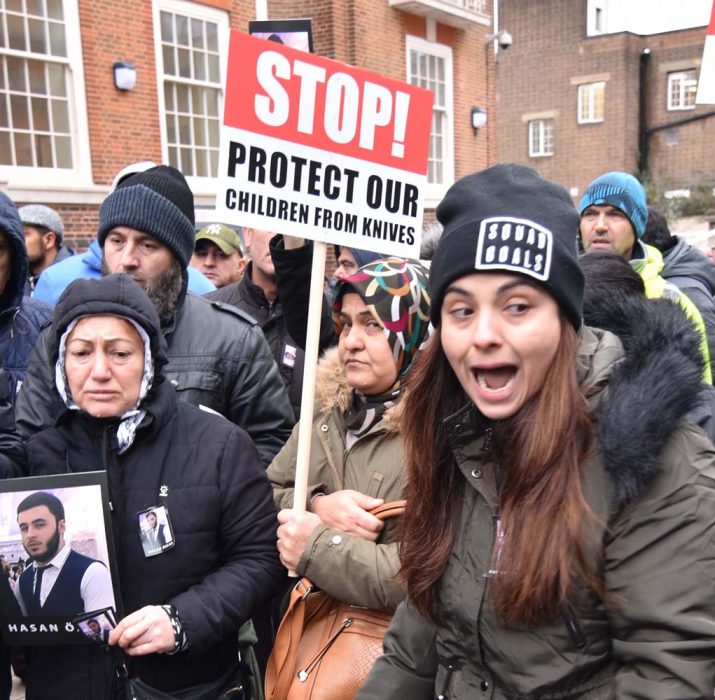 AFTER Hasan Ozcan lost his life due to a knife attack, the young teenager’s family and loved ones protested the authorities. During the protest, the young teenager’s mother Emine Ozcan’s expressed her mourning with words that brought to mind Musa Eroglu, “My heart is burning, and I don’t want anyone else to feel the same.”

A mother in pain, Emine Ozcan said, “My son did not deserve it, his goals were dreams, he had no right to lose his hopes by a knife. Where is the Barking Mayor, deputy, chief of police? A human life cannot be that cheap. My son’s life was not even worth a penny, my heart burned. No mother’s heart should burn. It’s not just my pain, it’s the pain of the whole community. In Barking, we have dozens of young people in a row. The police are not doing anything, the council is doing nothing. The Chief of Police is not doing anything. At this moment the authorities are claiming to do something but why does someone have to die for the authorities to wake up. My son has paid the price of the authorities not taking the required actions to prevent such deaths”.

Emine Ozcan has claimed that the police, also the politician has left them alone, but the Turkish politicians and bureaucrats have been in solidarity with them. Mother Ozcan also stated, “Together, we’ll bury our son with Allah’s permission, but we will not let it go. Our consulate of the Republic of Turkey is on this issue and we will never give up as long as it is behind us. I want everyone to be with us, today was my son, tomorrow it could be someone else’s child. Please, don’t allow any mother to cry, no one’s heart to be burned, and no one’s child to be a victim of gangsters.no mother crying, no one’s heart burns, let our children be victims of gangsters.”

Another mother who participated in the protest said that the gang who killed Hasan had also attacked her own too. The woman was from Pakistan and expressed her anger by saying that her son was saved but had many wounds and the police did nothing.

Participants in the protest also criticized the Barking council and the police for security vulnerabilities in the borough. Saying that they have establishing a camera system for traffic fines but not taking the necessary precautions to ensure the safety of the residents.