SALIH Saruhan, 27-year-old, Turkish Cypriot is preparing to face razor sharp competition as he takes on the challenge to become the best wet-shaving barber in Great Britain. 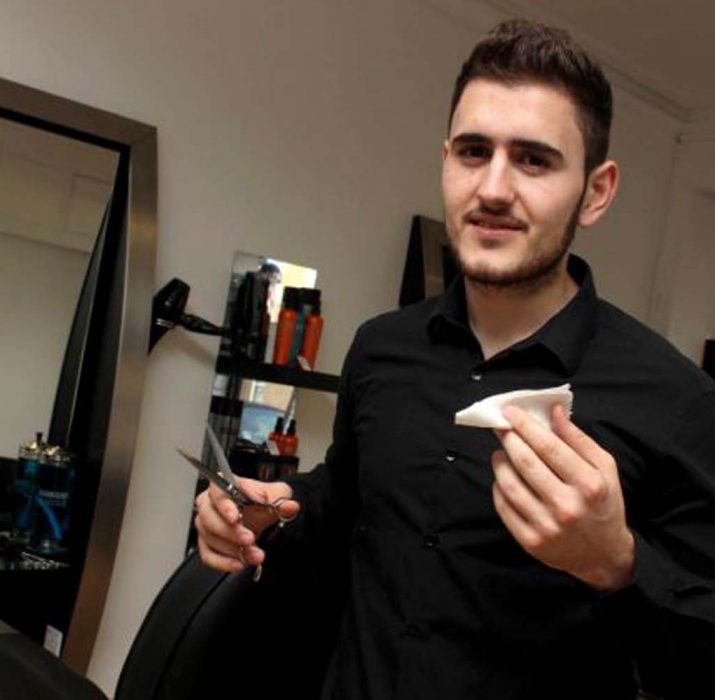 SALIH Saruhan, 27-year-old, Turkish Cypriot is preparing to face razor sharp competition as he takes on the challenge to become the best wet-shaving barber in Great Britain.

Salih Saruhan will take on other top barbers in the London and South East regional final of Britain’s Best Shave 2018 at Chris and Sons in Enfield on 5 March. If he acquires the top spot in the regional heat, the skilled craftsman Saruhan will go on to face the most crucial shave of his life at the national final on May 20. Which will take place inside a boxing ring at Barber UK at the Birmingham NEC.

The talented barber has managed his time between Brothers and Scissors in Broadway. Sheerness, and The Cutting Room, Station Road, Rainham. Speaking to Londra Gazete, he said: “Making it to the shortlist of Britain’s wet shaver was quite a surprise me, however, I’ve been in this sector for seven years and I’m really excited for the upcoming event on 5 March. My participation in this event has formed a good advertisement for the business also I’m really looking forward to getting to the final.”

Currently in its fifth year, the annual competition, organised by industry watchdogs the British Barber’s Association and premium male grooming brand The Bluebeards Revenge, is rapidly developing to be the popular competition of the barbering industry. Nick Gibbens, a spokesman for The Bluebeards Revenge, stated: “Each year we are blown away by the level of talent out there, and this year we’ve had a record number of entries.”