WITH GREAT hopes and beautiful wishes, we are ready to leave behind 2017 and greet the New Year with great hopes. 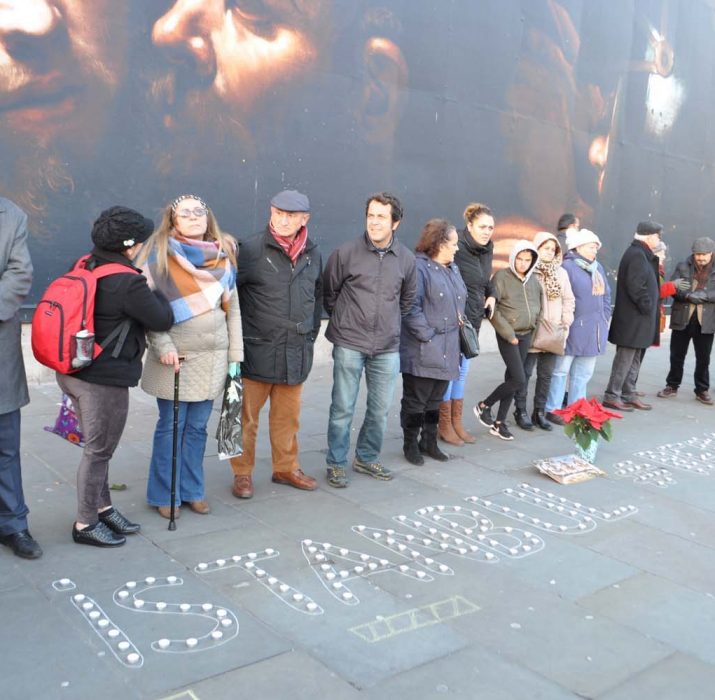 WITH GREAT hopes and beautiful wishes, we are ready to leave behind 2017 and greet the New Year with great hopes. In many different geographical regions of the world, violence against nature, people, and animals were still present. Wars, blood, and tears did not stop in 2017. Despite of this, we still witnessed pleasurable events and good developments in the world. Therefore, whilst saying goodbye to 2017, we have compiled for you a series of events, particularly in London, in relation to the Turkish-speaking community members living in the UK. We want to remind you of important news that we have included in our newspaper before entering a new year. Let us recall the summary of 2017, composed of social, cultural, artistic and political subjects.

– In the first month of the new year, citizens gathered to react to the armed terrorist attack in the New Year’s night at the night club venue in Istanbul and to memorialize those who lost lives in the event. Participants burned candles in Trafalgar Square while others came together and prayed.

– The two important leading leaders of Northern Cyprus, Dr. Fazil Kucuk, and Rauf Denktas were commemorated on the anniversary of their death, which was organised behalf of the Limasollular Association UK and the North London Turkish Islamic Foundation.

– The masked racist group sympathizers known as the Ku Klux Klan committed a racist act by writing “KKK” on a Turkish family car in Edmonton.

– Hüseyin Akkoyun was charged in Dalston as a suspect in the murder of Mehmet Dervis and was found guilty and sentenced to 12 years in prison, whilst the other defendant Mustafa Alparslan was acquitted.

– The Alevi community members came together and opened the Alevi Cultural Centre and Cemevi in Manchester.

– Elif Beritan Bulut, a student at the Kingston University psychology department, launched a campaign for refugees, to ensure that the refugees were warm during the cold winter days. By collecting blankets and winter coats for them.

– Ayse Icoz who holds the title of being the most elderly voter of Turkey had lost her life in London at the age of 105.