CHP Dikme responded to allegations made against him

CHP UK organised a press conference in respond to the allegation about the leader Hasan Dikme. 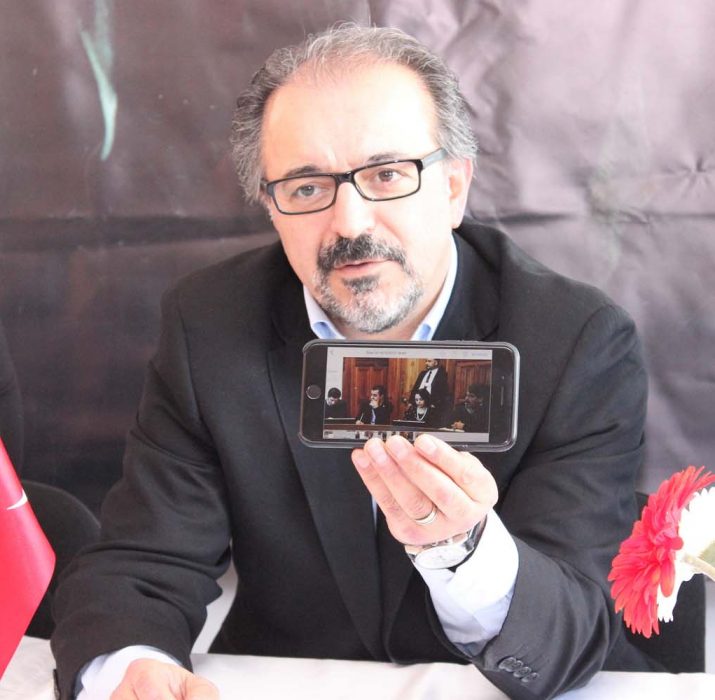 CHP UK organised a press conference in respond to the allegation about the leader Hasan Dikme.

At the meeting where the press was invited and the representatives of the press organisations attended, Hasan Dikme spoke of a scourging campaign against him that started about a week ago.

“As you know, our leader (Kemal Kılıçdaroğlu) visited the UK between December 5-9. We, as the (CHP) UK region, had accompanied him on this program. It was a really successful program. But after that, a number of allegations were raised against us. Today we are here to respond to this claim. Many institutions and organisations have been disturbed by the representatives of the pool media. I would like to point out that this kind of news about us is a desperation and scourging campaign. A number of videos, pictures and pictures that were taken from us, Sabah, News, and Star have presented trying to discredit us through social media in Turkey published and distributed us everywhere with propaganda methods…

Trying to show me with terrorist organisations is just a dirty propaganda, a slander, a lie, an unfounded and slanderous thing. The work we have done since our appointment has obviously disturbed some people so much that they needed such a call … The journalists, academicians, teachers, politicians who oppose this mentality who did not leave a living space for anyone who divides society, they have stuck in. Democracy is under the rights, law and justice. This slander, trying to pollute our struggle for our country, through the fake press, just like in Turkey they want to divide and alienate the society. We will never be a part of this dirty game … A lie and smear campaign started by this so-called media group in Turkey and we have initiated a legal process against. In the UK we will take all necessary steps in relation to this.

These dirty attempts will never prevent the CHP UK from working. On the contrary, Ataturk founded the Republic of Turkey democracy, justice, rights and we will continue our work until the reestablishment of law Dikme responded to the questions asked by members of the press on the subject later, “If all the members of the society are involved, and if participation in such organisations is to be shown as belonging to a terrorist organisation, see this photo, Salih Müslüm on the right. The other person is the current chairman of the UETD, the AKP’s European structure. The person you see is a member of the AKP. Look, this is just an example. I can show you hundreds of photos and videos of you, CEFTUS or other organisations.”