A YOUNG Turkish Cypriot from London will skydive this Sunday (17 September), to raise £700 for two charities supporting elderly and orphaned children. 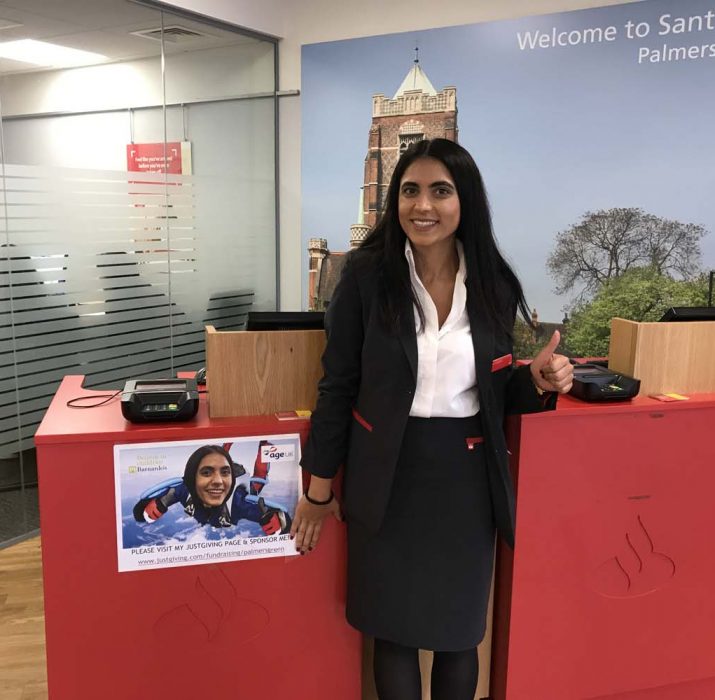 A YOUNG Turkish Cypriot from London will skydive this Sunday (17 September), to raise £700 for two charities supporting elderly and orphaned children.

Turkish Cypriot Aycan Ergiden has set up her own campaign to raise money for old people and orphaned children. All funds raised will be given to Age UK and England’s largest childrens’ charity Barnados. She will be performing a skydive and donate the money raised to both charities.

Aycan, who works at Santander in Palmers Green spoke to Londra Gazete, she said: “I’ll be taking part in a skydive this weekend to support two big charities. The first is Age UK and the second is England’s biggest childrens’ charity Barnados, I want to make a difference too.

She continued by saying: “Show empathy towards children who don’t have families and how old people may feel or what they might be going through, then make your donation. You decide on however little or large your donation will be. Big or small, we truly appreciate every donation made. Donations can be made via Santander in Palmers Green or via the online campaign”

Fundraisers donations will automatically be transferred to the Santander donations bank account.

You can donate the campaign via www.justgiving.com/fundraising/palmersgreen