Parliament has defended silencing the chimes of Big Ben for four years to protect workers’ hearing during restoration works. 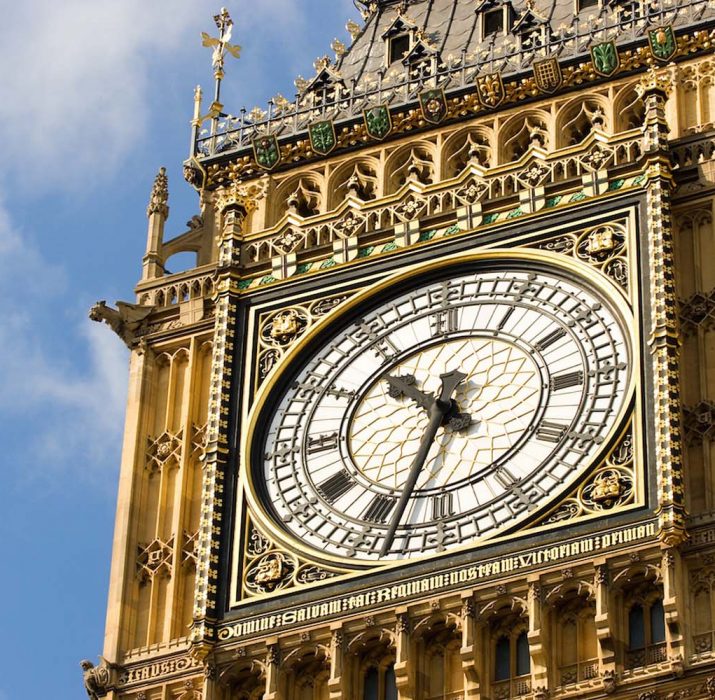 Parliament has defended silencing the chimes of Big Ben for four years to protect workers’ hearing during restoration works.

But a UK Parliament spokesman said that “prolonged exposure to the chimes would pose a serious risk to the hearing” of those working on the project.

The TUC said silencing the chimes was “common sense”.

The bongs will sound for the final time at 12:00 BST on Monday 21 August before being disconnected to allow the clock and surrounding tower to be restored – a project that is expected to last until 2021.

The UK Parliament spokesman said the Palace of Westminster had “a duty of care to those on site”.

Earlier, Brexit Secretary Mr Davis had said there was “hardly a health and safety argument” for silencing the bells.

“There’s a sort of rude phrase which I will shorten to ‘just get on with it’.

“When I was in business, it was my standard line, just get on, just do it, don’t faff.”

The Telegraph reported on a “backlash” from other MPs and columnist Frances Wilson wrote: “Silencing Big Ben is like stopping the heartbeat of our democracy.”

An article in the Daily Mail said: “Not even Nazi bombs could silence the famous symbol of Britishness.

“But having marked the hour with almost unbroken service since 1859, the Great Bell’s bongs will soon cease for four years – because of health and safety.”

He added: “When all 14 tonnes of Big Ben bongs near you, you’ll know it.

“At nearly 120 decibels, it’s like putting your ear next to a police siren.”

Alongside conservation work to the Elizabeth Tower which houses the Great Bell, the Great Clock will be dismantled piece-by-piece and its four dials will be cleaned and repaired.

A spokesman for Parliament said: “Constant proximity and prolonged exposure to the chimes would pose a serious risk to the hearing of those working on the scaffolding or in the Tower.

“Whilst hearing protection provides a suitable short term solution to the 118 decibel chiming and striking of the bells, it is not acceptable for those working for long periods in the vicinity of Big Ben.

“In addition, it is vital for workers to be able to communicate with one another on site, or to raise an alarm should the necessity arise. This would not be possible were the bells to continue to sound throughout the works.

“Workers on the scaffolding could also be startled by the loud sudden noise, with consequences for their own safety and those of other people in and around the tower. The only way to ensure people’s safety is to temporarily stop the bell.”

The Great Bell, which has sounded on the hour for 157 years, last fell silent in 2007 and before that, for major refurbishments between 1983 and 1985.

It will still sound for important events including New Year and Remembrance Sunday, while one working clock face will remain visible during the works. (BBCNEWS)