Sports Direct boss Mike Ashley has won a High Court battle with an investment banker over a £15m deal allegedly made in a pub. 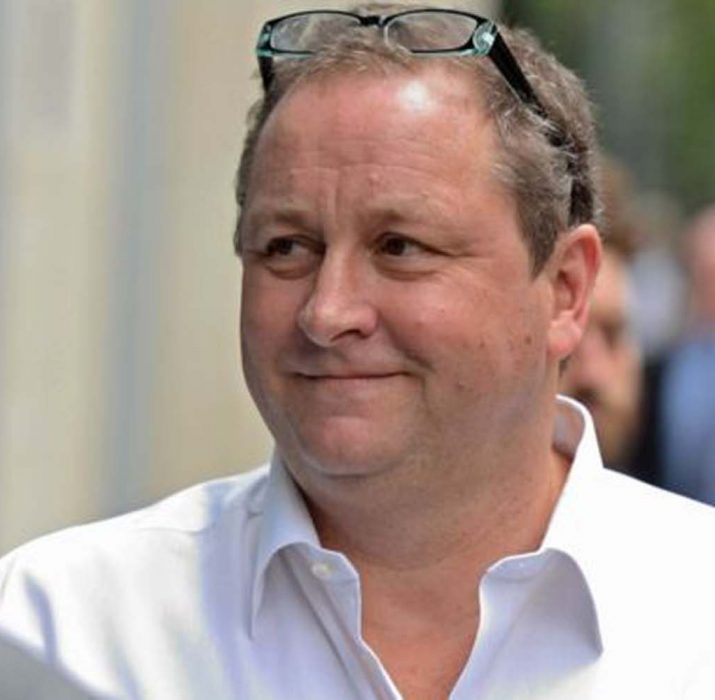 Sports Direct boss Mike Ashley has won a High Court battle with an investment banker over a £15m deal allegedly made in a pub.

Jeffrey Blue told the court Newcastle United’s owner reneged on a promise to pay him a multimillion-pound sum if he increased the firm’s share price.

The court heard about “drink-fuelled” meetings in pubs, including one where Mr Ashley “vomited into a fireplace”.

Mr Ashley’s lawyers said he had won a “comprehensive” victory.

The hearing was told that four years’ ago Mr Ashley met Mr Blue and three other finance specialists at the Horse and Groom in London and “consumed a lot of alcohol”.

“If I did say to Mr Blue that I would pay him £15m if he could increase [Sports Direct’s] share price to £8, it would be obvious to everyone, including Mr Blue, that I wasn’t being serious.”

He said he paid Mr Blue £1m in “other deals” unrelated to the Horse and Groom meeting.

Mr Blue described Mr Ashley as a “serious businessman”, but said the work ethic at Sports Direct was “like nothing else I have ever seen” with business conducted “in unorthodox ways and in unusual venues”.

He said that during the Horse and Groom meeting Mr Ashley promised him £15m, but Sports Direct chairman Keith Hellawell said Mr Blue only mentioned the figure of £1m to him.

Ruling in Mr Ashley’s favour, judge Justice Leggatt said said no-one would have thought what was said in the pub was “serious”.

In a statement after the ruling Mr Ashley said: “The only reason the Sports Direct share price exceeded £8, and will hopefully do so again, is because of the sterling efforts of all the people who work at Sports Direct.”