Death and the Maiden met with the community

The Turkish adaptation of Ariel Dorfman’s masterpiece “Death and the Maiden” was staged for the second time in Arcola Theatre in London on June 4th after premiering in ’London Turkish Speakers Theatre Festival’ in London Edmonton’s renowned Millfield Theater. 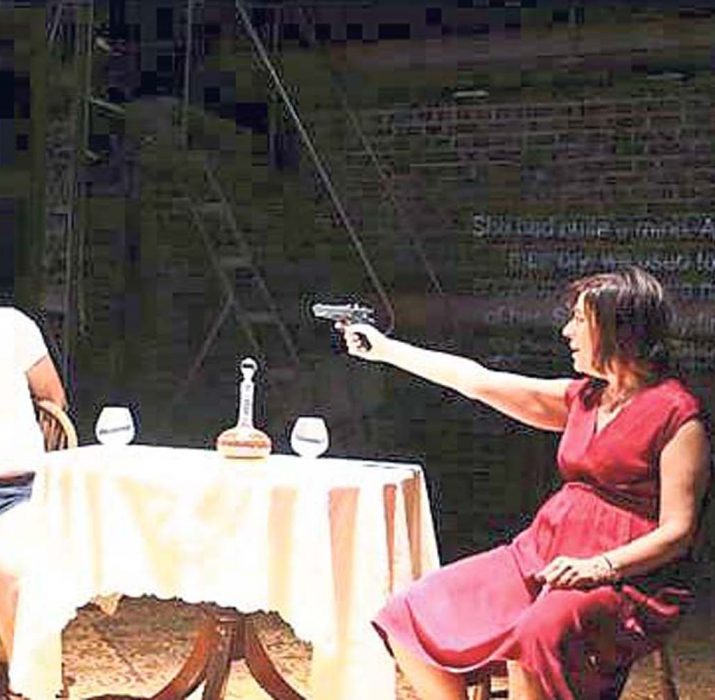 The Turkish adaptation of Ariel Dorfman’s masterpiece “Death and the Maiden” was staged for the second time in Arcola Theatre in London on June 4th after premiering in ’London Turkish Speakers Theatre Festival’ in London Edmonton’s renowned Millfield Theater.

Produced by Pan Productions, the plot tackles Paulina Salas, who is played by Yener Çelik and is a former political prisoner in an unnamed Latin American country who had been raped by her captors, led by a sadistic doctor whose face she never saw. The rapist doctor played Schubert’s composition Death and the Maiden during the act of rape; hence the play’s title.

Years later, after the (also unnamed) repressive regime has fallen, Paulina lives in an isolated country house with her husband, Gerardo Escobar. When Gerardo comes back from a visit to the president, he gets a flat tire. A stranger named Dr. Miranda stops to assist him. Dr. Miranda drives Gerardo home and later in the night he returns. Paulina recognizes Miranda’s voice and mannerism as that of her rapist, and takes him captive in order to put him on trial and extract a confession from him.

Unconvinced of his guilt, Gerardo acts as Roberto Miranda’s lawyer and attempts to save his life. After hearing the full story of her captivity from Paulina, Gerardo formulates a confession with Roberto to appease Paulina’s madness and set her free from her past.

CAN DEATH LEAD TO JUSTICE?

The play, which was performed in Turkish with English surtitles, also tackle very thought-provoking issues like whether death can lead to justice in system where democracy and justice is long gone.

The play successfully asks the question ‘How do victims of fascism administer justice without being violent themselves? What is the true way of administering justice?

Death and the Girl