As a series of annual celebrations to commemorate and celebrate Prophet Muhammad’s life and legacy, the Holy Birth Week was celebrated in London with a big event with a massive turnout. 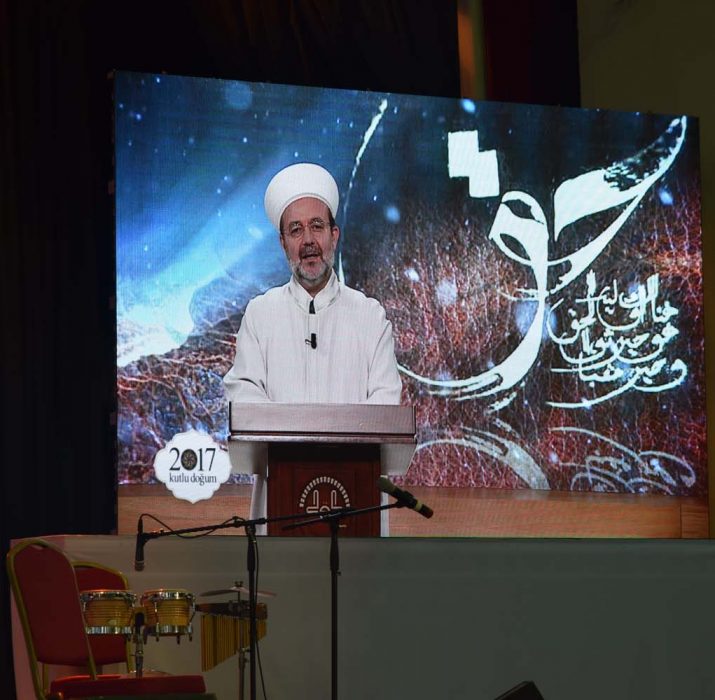 As a series of annual celebrations to commemorate and celebrate Prophet Muhammad’s life and legacy, the Holy Birth Week was celebrated in London with a big event with a massive turnout.

As many members from the Turkish speaking communities did attend the event, distinguished guests like Northern Cyprus Representative Zehra Başaran, Turkish Embassy Religious Affairs Secretary Mahmut Özdemir, Abdurrahman Han from Turkey’s Religious Affairs Directorate and many more from well-known charities were seen at the event.

Addressing to the crowds, Prof. Gormez instead embraced the community via a video recording at the event. In his message, Mr Gormez extended his sadness for not being able to attend the event.

“Beyond our people, even our seas, lakes, foods, soils and our breathed air is in distrust. Believers have lost their inspiration to fulfil their devotion. The treacherous day back on 15 July scarred our national trust.”,